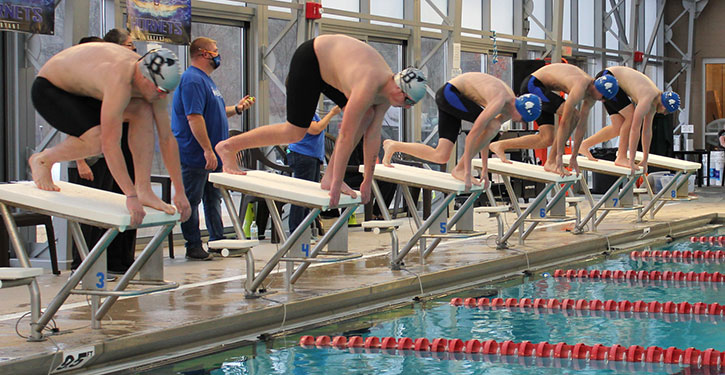 The Bryant High School swim and dive team wrapped up the regular season with a dual sprint meet with the Bauxite team at the Bishop Park Aquatic Center.

As might be expected, Bryant swimmers dominated. But the prime goal for them was to improve times as they approach the potential of a District swim meet and the State meet at Bentonville Feb. 26-27.

Bryant’s Shelby Bratton, Aidan Halladay and Kayleigh Baker finished as the top three in both the 50-yard and 100-yard freestyle. In the 50, Bratton finished in 28.10 with Halladay at 28.62 and Baker touching in 28.66.

The boys’ dive competition was won by LaQuav Brumfield with a score of 135.25. Hunter Heatley was second at 124.45.