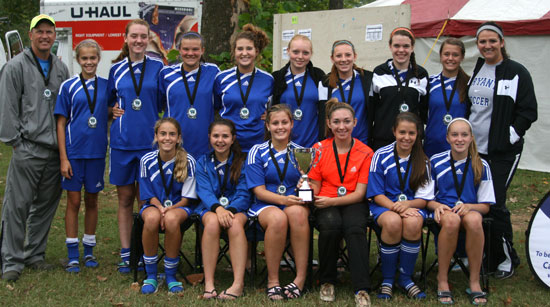 The Bryant U17 girls played in the Capital City Cup over the weekend at Burns[more] Park and finished second in the High School Division. They lost in the finals 1-0 on a penalty kick.

The team played Saturday against Shreveport, La., and won 3-0; and against Fort Worth, Texas and won 3-0. Sunday, the girls defeated Arkansas Rush 2-1 before the setback in the finals against LRFC.