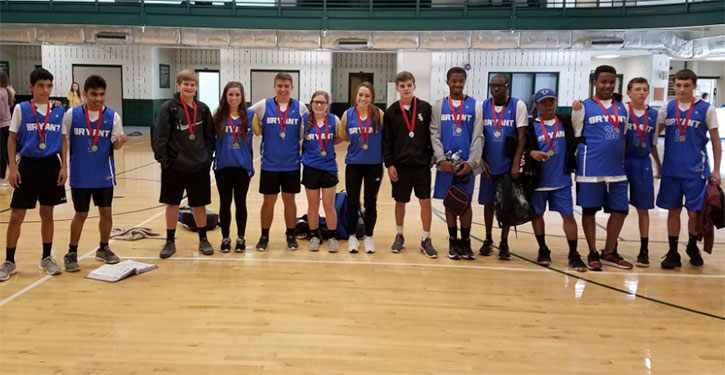 The team won its first match over Cabot but was defeated in a second match with Searcy for the State title.

The Partner’s Club promotes inclusion and team sports for people with disabilities. The Club helps students step out of their comfort zones and participate in team building.

Bryant Schools is proud of these athletes and partners for promoting inclusion. BHS teacher Carolyn Hays is the Partner’s Club sponsor.

Photo from left to right: