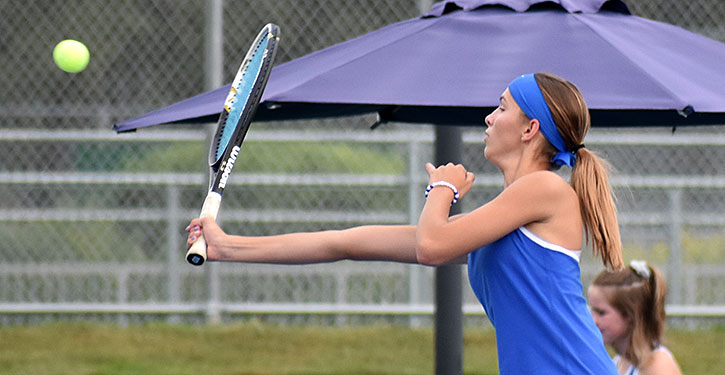 In doubles, Caleb Greiner and Connor Martin got the best of North Little Rock’s Grant Shoemaker and Jasmeet Ghotra, 8-1.

In junior varsity play, Bryant’s Adrienne Shelton and Destiny Galindo won 6-5 over Tori Stevens and Sophie Buckley. The combo of Chelsea Nwankow and Keith won 6-0 over Madison Nichols and Emma Dill. For the boys, Shane Morris and David Goshien bested Ghoemaker and Ghotra, 6-5 but Tristan Shamlin and Pablo Garcia lost to Leonard and Weber.

Bryant will compete in the 6A District Tournament at Rebsamen Park on Oct. 7-8.