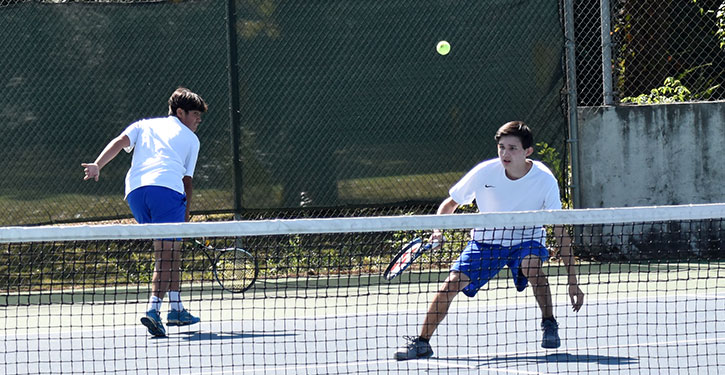 LITTLE ROCK — The tough 2020 season for the Bryant High School tennis team came to close on Tuesday at Rebsamen Park as none of the Bryant players were able to advance at the 6A-Central Conference tournament.

In boys’ singles, Bryant’s Nick Skiavo was defeated by Yash Gokarakonda of Central, 0-6, 0-6 and Tristan Shamlin was defeated by Kevin Prephan of Fort Smith Northside, 0-6, 1-6.

In boys’ doubles, Bryant’s Conner Martin and Caleb Greiner were defeated by Will Adcock and Aiden Hamp of Cabot, 3-6, 3-6. Pablo Garcia and Corwin Martin of Bryant lost to Little Rock Catholic’s Wallis Allen and Collier Allison, 0-6, 0-6.