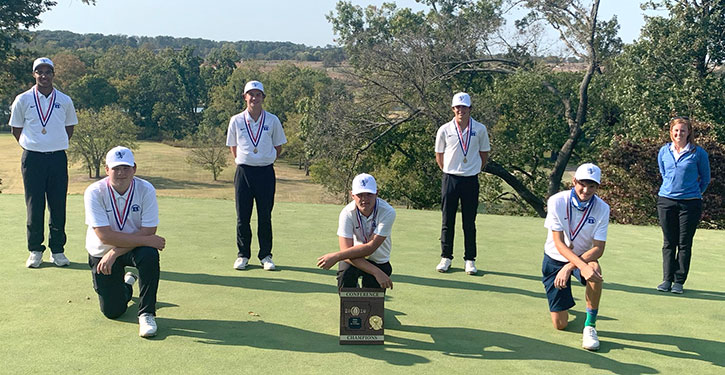 Taylor’s round was also tops in the State going into the second day of the tournament on Wednesday, leading Rogers’ Andrew Fakult by one stroke.

Bentonville, which won the 6A-West Conference title with a combined score of 303, leads going into the second day of State.

Logan McDonald was second for the Hornets with a round of 76. Landon Wallace shot 82 and Andrew Gaspard turned in an 87.

According to a report in the Arkansas Democrat-Gazette, Taylor bogeyed his first hole on the back nine but birdies holes 15 and 18 then on the front nine 2, 3 and 7.