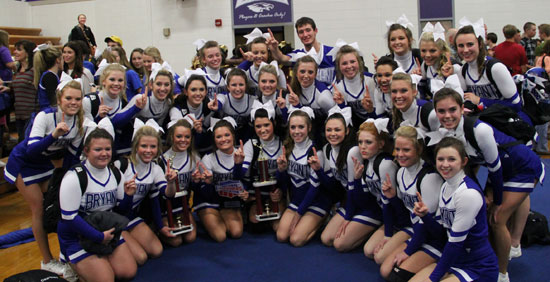 The
Bryant High School varsity cheer squad placed first in the Class 7A/6A division at[more] a competition at Mayflower High School on Saturday, Dec. 1. The team was first place in Co-Ed, earned awards for Best All Around and Best Stunts.