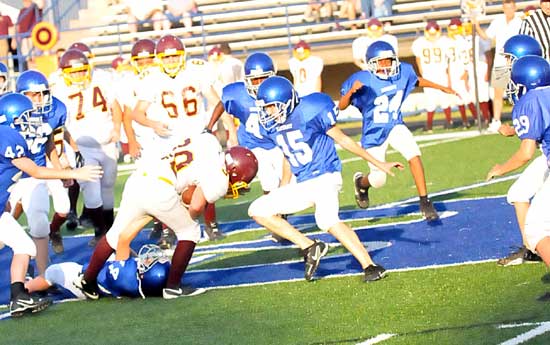 The Bryant White Hornets eighth grade football B team of Bryant Middle School made their 2011 season debut on Tuesday night at[more] Bryant Stadium and battled the Lake Hamilton Wolves before absorbing an 8-0 loss. 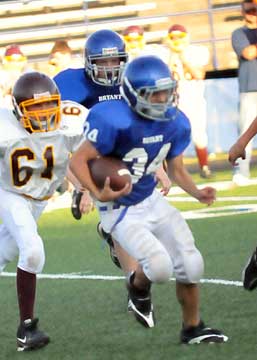 “We didn’t move the ball very well but our B team did show signs of getting better,” said Bryant White coach Brad Smotherman. “It was our first B game so hopefully the next game they will have a little more fire about them instead of nervousness.”

The team will play again next Tuesday against the Bryant Blue B team. 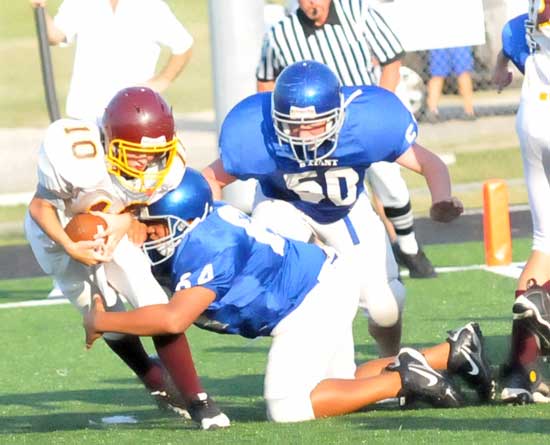 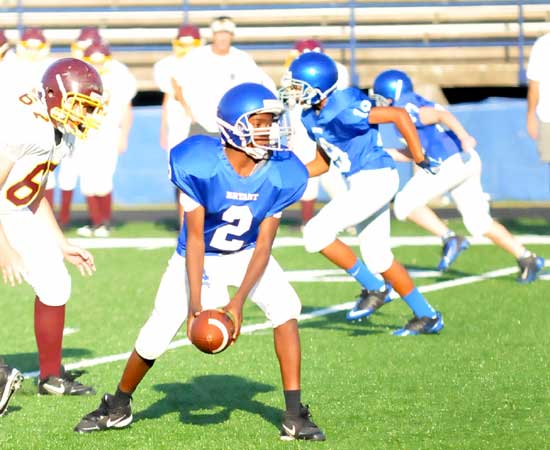 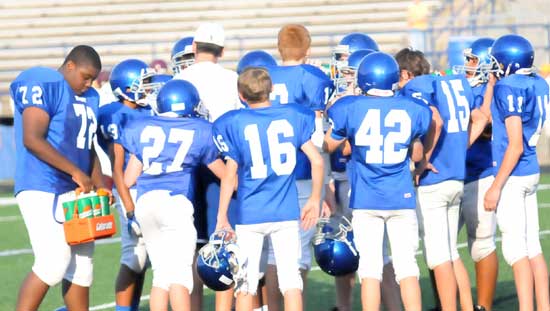