Freshman Hornets B team battles to tie with Lake Hamilton

The Bryant Hornets freshman B team came a yard away from winning Tuesday night against[more] the Lake Hamilton Junior Wolves B team at Bryant Stadium. 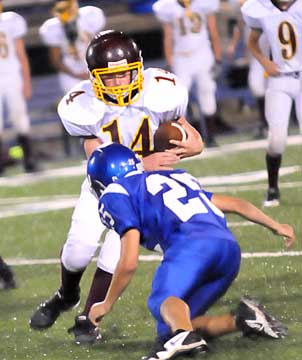 With the game tied 14-14 and time running out, Bryant’s Bryce Harden intercepted a pass and appeared to be headed for the winning score only to be chased down by a hustling Lake Hamilton player at the 1 as time expired.

So the game ended in a tie. For Bryant, quarterback Madison Schrader rushed for a touchdown then threw to Dillon Daniels for a two-point conversion. Hunter Lawhon rushed for 75 yards and a second TD for Bryant.

Along with Harden’s interception, the Hornets forced a fumble that Tommy Wedge recovered. 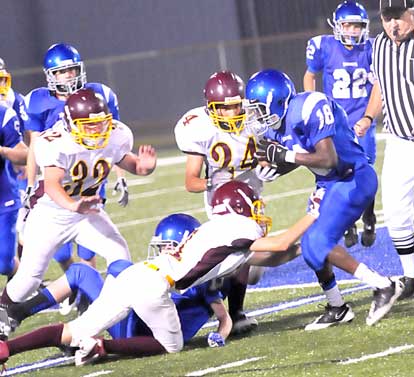 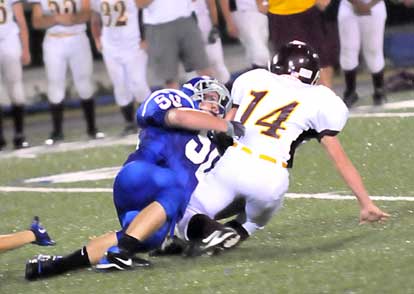 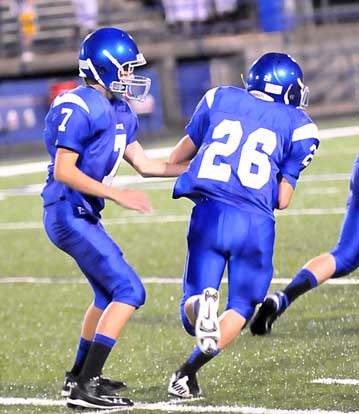