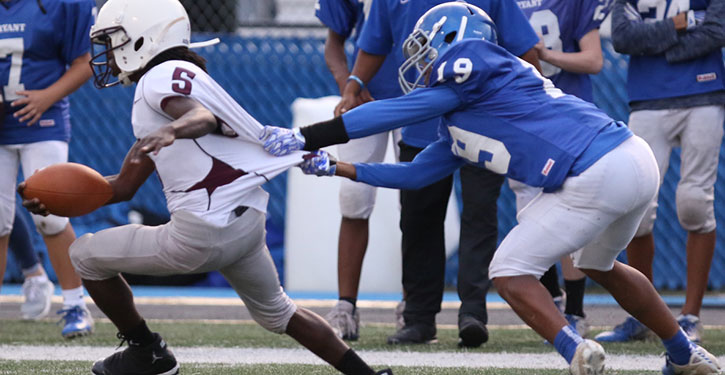 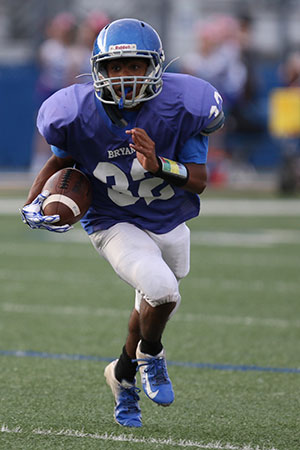 The first year in Bryant for all three of the coaches for the Bryant White Hornets eighth grade team of Bryant Middle School, the season couldn’t have gone much better. The Hornets closed out an 8-1 campaign on Tuesday night with a 25-12 win over the Benton Panthers eighth grade at Bryant Stadium.

“It was a great season,” acknowledged Hornets head coach Russell Wortham, who was assisted by Richard Wrightner and Andrew Jenkins.

“We played real well,” Wortham continued. “Coming in, having a few days off, we were kind of skeptical. But the kids played hard. They knew it was their last game. Once we got in, we played real well. The offense was clicking.”

Bryant was out of school on Friday and Monday and the finale was played on Tuesday so there was hardly a normal schedule for the Hornets.

But they got out to a fast start, scoring on each of their first three possessions.

To open the contest, the Hornets drove 65 yards in eight plays and overcame a major penalty. Nichols and Martavian Earl ran the ball into Benton territory then Nichols connected with Jaylon Brown for 11 yards to the Benton 25.

After Earl picked up 9 more yards, a holding penalty cost the Hornets 13 yards. But Earl made that up in one run, picking up 17. He then scored from the 12. 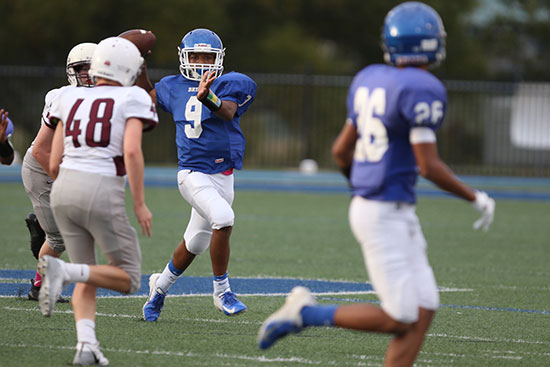 A bad snap sabotaged the point-after.

On the ensuing kickoff, Benton’s Jamarius Morgan returned 72 yards for a tying score. A try for a two-point conversion was foiled by the Hornets.

In turn, Bryant White drove 63 yards in six plays to regain the upper hand. Nichols got things going with an 18-yard scamper and, later, capped it off with a 36-yard touchdown pass to Braylon Brown.

This time, Earl got in for the two-point conversion and it was 14-6.

Morgan again had a big return on the kickoff. Malachi Graham saved a touchdown with a tackle at the 17. On Benton’s first play from scrimmage with 1:01 left in the opening quarter, quarterback Jack Woolbright burst to the 3 where he was met by Jordan Knox, who knocked the ball loose. Graham recovered at the 10.

A shovel pass from Nichols to Jaylon Brown broke for a 90-yard touchdown and, with Nichols’ run for 2, it was 22-6 with :16.7 left in the first stanza. 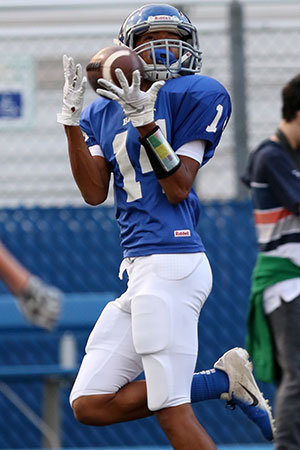 This time, the Hornets squibbed the kickoff and Benton recovered at the 50. Woolbright kept for 8 yards but, on the next play, Will Cornelius dropped Morgan for an 8-yard loss. Braylon Montgomery stopped a third-down run and when Woolbright tried to throw on fourth-and-9, Knox broke up the pass and the Hornets took over.

The Hornets wound up having to punt it back to the Panthers with 3:25 left in the half. Morgan broke a 20-yard run but the drive stalled when, on a third-and-5 at the Bryant 29, Woolbright was dropped for a loss by Traylon Russ. A fourth-down play was solved by Gunner Givens who dropped Woolbright for a loss at the 35 and the Hornets took over.

With just :49.8 on the clock, the Hornets used a double reverse to get Knox loose for a 50-yard run that put them in scoring position once again. Nichols completed a 13-yard pass to Jaylon Brown to the Benton 2.

On first-and-goal, however, Benton’s Tanner Turner broke through to drop Chris Gannaway for a loss and, with little time remaining, Givens came on to boot a 25-yard field goal.

“That was pretty cool,” Wortham said of the kick. “Field-position-wise, we played real well, keeping them on their end then being able to stop them when we needed to, especially getting off the field on third and fourth down.”

The Panthers put together a strong drive to start the second half. From the Bryant 30, Woolbright kept for 10 yards but was stung on the tackle and left the game. He would not return as he suffered a broken collarbone.

Aidan Fox took over at quarterback for the Panthers and helped them drive to the Bryant 8. The Hornets’ defense took over from there, allowing just one yard over the next three plays. And when a fourth-down pass fell incomplete, the Hornets took over.

Benton took over on downs with 5:22 left and drove 41 yards to paydirt. Keaton Griffin contributed runs of 16 and 10 yards then scored from the 4 with 2:58 left to set the final score.

The Hornets ran out the rest of the clock with Jarrod Plouch breaking a 33-yard run to the Benton 17. Moments later, Plouch took a knee as the time expired. 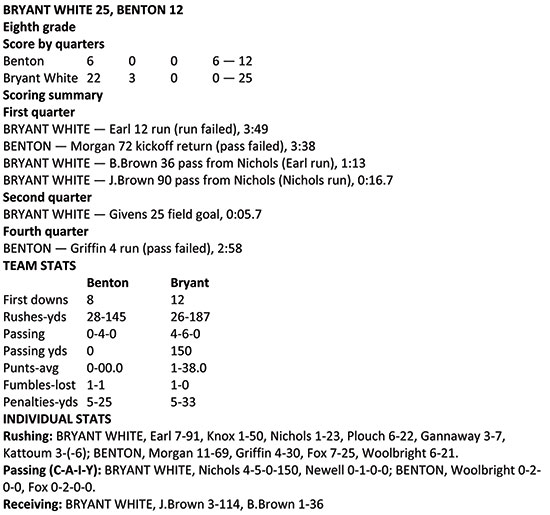