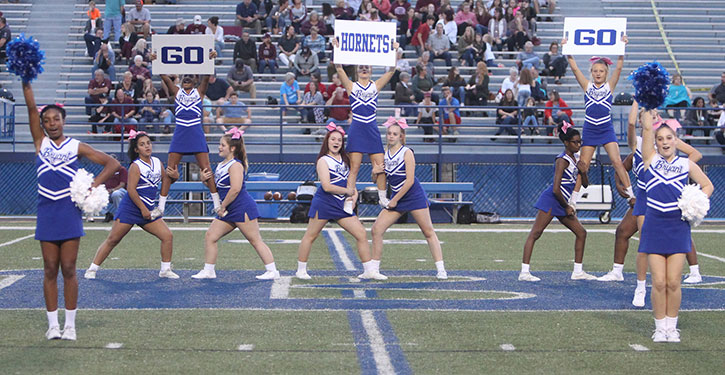 The cheer and dance squads from Bryant Middle School performed at halftime of the Hornets’ game against Benton Tuesday night at Bryant Stadium. 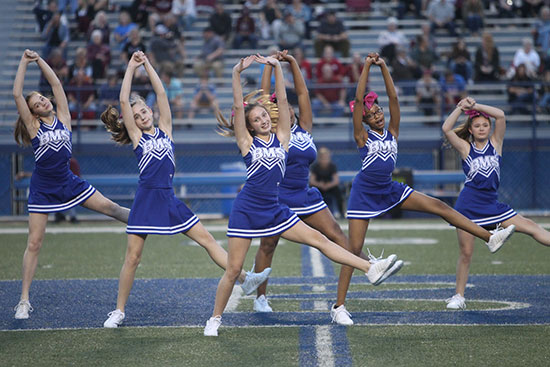