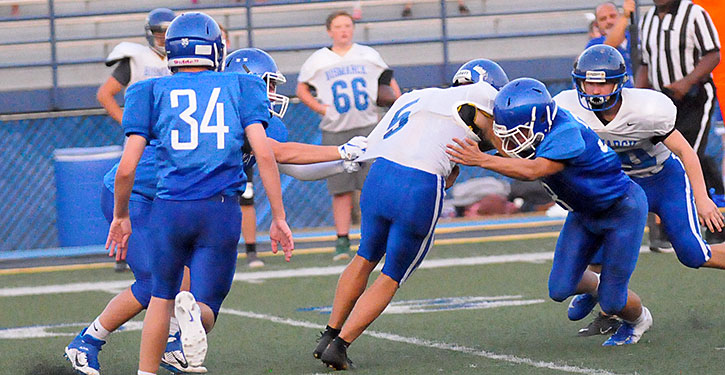 The Bryant Hornets freshman B team earned an 18-6 win over the Bismarck freshmen on Thursday night at Bryant Stadium.

Tanner Newell threw for 165 yards and a touchdown to lead the way on offense. Triston Kellum caught four of those passes including the touchdown toss and Miguel Graham grabbed three passes for 75 yards.

Adam Noblett ran for a score and Tyler Pinney dashed 25 yards for a score.

On defense, Graham had two interceptions and recovered a fumble.