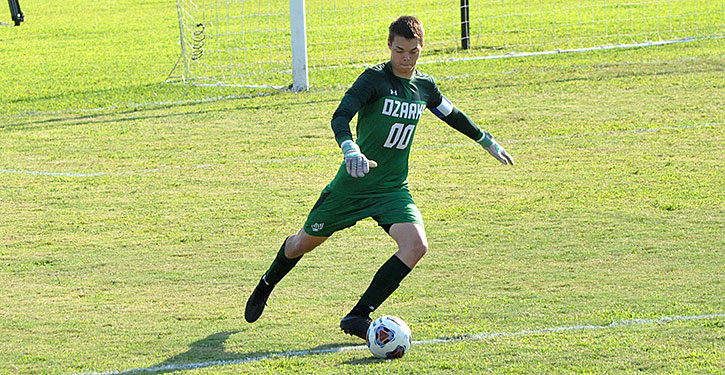 CLARKSVILLE – University of the Ozarks junior goalkeeper Logan Valestin was named the American Southwest Conference Defensive Player of the Week, it was announced by the ASC office today.

Valestin, a native of Bryant, posted a shutout against Williams Baptist and totaled five saves in a 1-0 victory Saturday. Valestin made the save of the game with about 15 minutes remaining off a free kick. He played it perfectly and kept the ball out of the net to put an exclamation mark on the win.