Back on Dec. 3, the Bryant Hornets freshman team went to Cabot and claimed a victory over[more] the South Panthers, 34-28. So, when the Panthers returned the trip on Monday, Jan. 28, it figured that the Hornets entered the game with some measure of confidence. And when they burst out to a 7-2 lead to start the game, that confidence was only underscored. 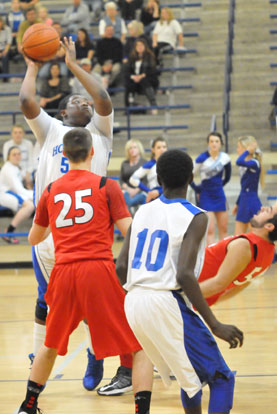 The Panthers, however, were fired up at the prospect of turning the tables on the Hornets and, with a 6-0 run at the end of the third quarter then a 8-0 surge late in the game, they did just that with a 39-30 win.

The Hornets’ opening burst was initiated by Simeon Watson who made a steal and, though he missed a contested layup, Kevin Hunt hustled back to grabbed the rebound and scored.

Cabot’s Lake Boyett scored off the offensive glass then Cameron Murray scored inside for Bryant and Kris Croom followed up with the first of his trio of 3-pointers in the game to make it 7-2.

Sawyer Stalnaker answered the triple but Croom knocked down another in response to make it 10-5 with 2:23 left in the first quarter.

But that was the last of Bryant’s scoring in the quarter and the Panthers eventually pulled even when Kenny Fowler threw in a trey from 35 feet at the buzzer.

The game was tight for the rest of the half as the two teams traded baskets. Cabot South was ahead 17-14 before Croom canned a driving jumper with :18 left to cut it to 1 going into the break. 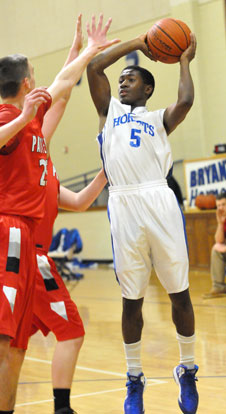 A pair of free throws by the Bryant guard to start the third-quarter scoring put the Hornets up 18-17 but that proved to be the last time they held the advantage. The teams traded baskets until the final 1:30 of the period. Murray and Croom scored to Bryant, each cutting the lead to 1.

Clinging to that 23-22 lead, Cabot South beat the Bryant press for a layup to extend the margin. Hunter Sutherland added a free throw then, at the buzzer, Stalnaker flushed a trey and the Panthers had their largest lead to that point, 29-22.

Trailing 31-22, the Hornets put the clamps on the Panthers, holding them scoreless for nearly three minutes. Unfortunately, Bryant was unable to take as much advantage as they could’ve, due in part to the continued defensive work of the Panthers.

Finally, with 2:28 left, Hunt broke through with a 3. Moments later, Jaelynn Jones made a steal which led to a basket by Murray, trimming the margin to 31-27 with 1:45 to go.

But Cabot spread the floor and hit just enough free throws (6 of 11) after that, extending the lead to 39-27 before Croom hit a 3 in the final seconds to set the final score.

Croom finished with a game-high 17 points. Murray added 8 and Hunt 5 to account for all of the Hornets’ scoring.

Now 7-13 overall and 1-4 in the Central Arkansas Junior High Conference, the Hornets will try to get back on track this Thursday when they host North Little Rock. They host Little Rock Catholic on Feb. 4 then close out the season at Conway Blue on Feb. 7. The CAJHC post-season tournament, hosted by Cabot, will follow. 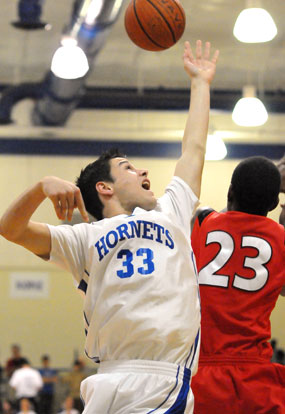 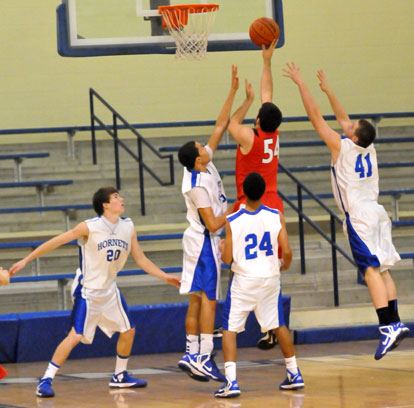