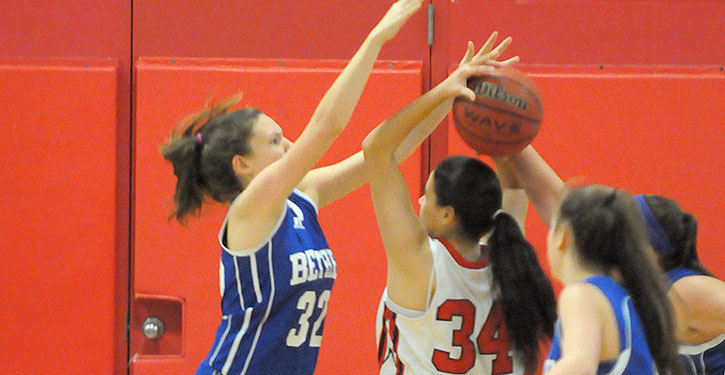 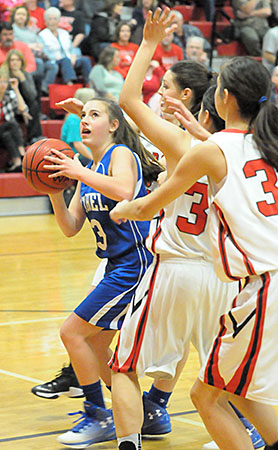 CABOT — The lid was on the basket for the Bryant Blue Lady Hornets eighth grade team of Bethel Middle School on Monday night as they closed out the 2016-17 season at Cabot South.

The Lady Hornets shot just 17 percent from the field (5 of 29) including 1 of 14 3-point attempts. They also converted just 41 percent (9 of 22) of their free throws. And, while Cabot South’s Lady Panthers didn’t fare much better, a 14-2 start to the game proved to be enough.

Though the Lady Hornets outscored the Lady Panthers 18-13 over the final three quarters, it wasn’t enough to extract a victory.

Ashton Inman scored 13 of Bethel’s points and had seven rebounds but no one else had more than the 3 points Addison Funk scored before she fouled out midway through the third quarter. Abbey Inman and Bailey Hutchison finished with 2 each.

From the 3:44 mark of the first quarter to the 3:24 mark of the second quarter, the Lady Hornets could not find the bottom of the net. A free throw by Ashton Inman broke the ice. 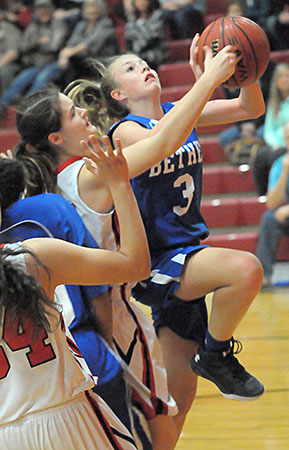 Ashton Inman tries to finish off a drive. (Photo by Kevin Nagle)

But it wasn’t until Funk drove for a layup with :28 left in the half that the Lady Hornets scored their second field goal. They trailed 20-9 at the half.

The lead grew to 26-12 by the final minute of the third quarter. Ashton Inman made a steal that led to a 15-foot jumper by Abbey Inman for the lone Bethel field goal of the quarter, making it a 12-point game going into the final period.

The Lady Hornets forced 22 turnovers but committed 23. They were out-rebounded 35-29. 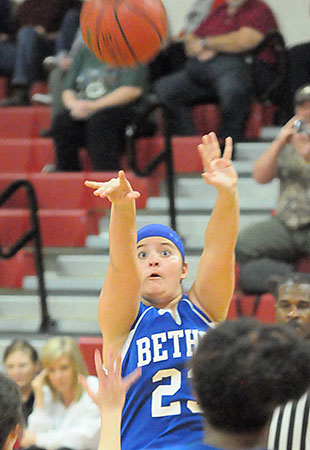 Addison Funk follows through on a jumper. (Photo by Kevin Nagle) 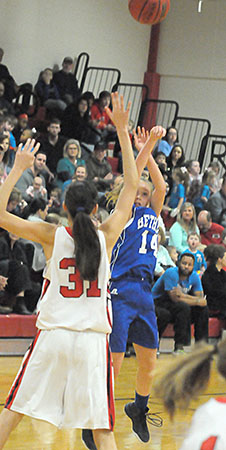 Abbey Inman launches a 3 over an oncoming defender. (Photo by Kevin Nagle)