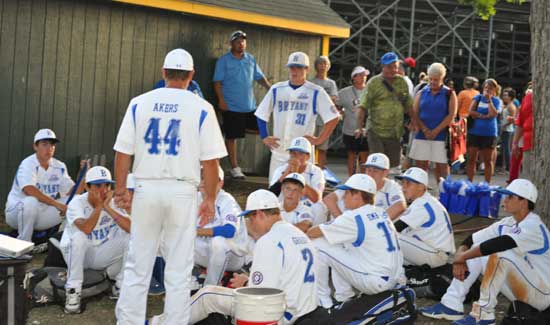 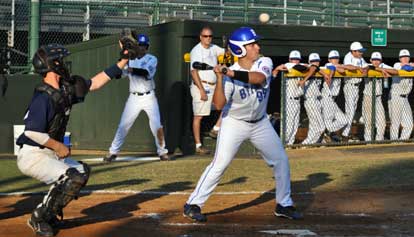 The team was set to return home Saturday, Aug. 28, at 11:45 a.m., with a welcome home greeting at the Little Rock airport. All are welcome to come out to show their support for the team, according to Stephanie Thompson, wife of manager Jason Thompson.

Bryant had reached bracket play despite losing its first two games in the National Division Pool. They then put together two scintillating come-from-behind wins. A nine-run seventh-inning rally lifted them to a 12-9 win over Arlington, Mass., then a seventh-run fifth helped them overtake Waite Park, Minn., 15-12. 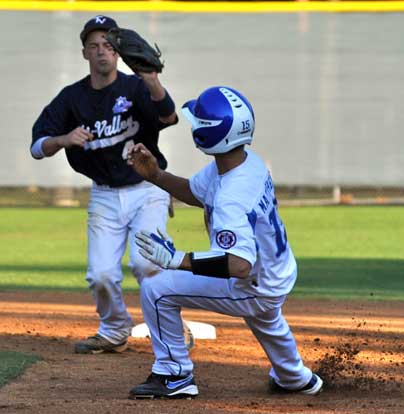 Jake DeHollander whipped up a four-hit shutout for the Californians who broke the game open with a four-run fifth, turning a 3-0 lead into a 7-0 advantage.

Tri-Valley advances to play Waite Park, the top team from the National Division, in one semifinal match. In the other, American Division pool play winner Tallahassee, Fla., the only team to go unbeaten through pool play, will take on West End, Pa., which advanced on Thursday with a 7-0 win over Vancouver, Wash. 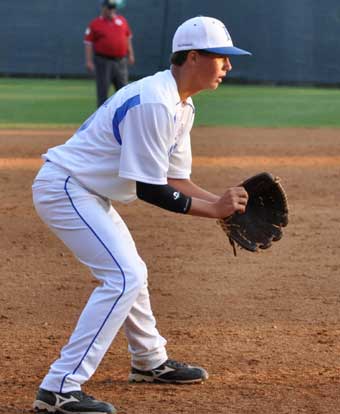 For Bryant, Matthews had two of the four hits. Green and Akers had the others. Green’s was a single to left to start the game. But Dale bounced into a force out and DeHollander retired Akers and Tucker to end the inning.

The Tri-Valley hurler only struck out three in the game. He hit a batter and walked two.

The California team took a 2-0 lead in the bottom of the inning. Akers struck out the first batter but Casey Soltis reached on a throwing error, Noah Robbins walked and Jake Dronkers reached on an infield hit to load the bases for Ryan Anderson who singled in a run.

Akers threw out Robbins when he got Shawn Vincent to bounce back to the mound but Dronkers scored later to make it 2-0.

Bryant put two runners aboard for the only time in the game in the top of the second. With one out, Graddy reached on an error and Matthews was hit by a pitch. Rutherford grounded to short for a force at second and, with runners at the corners, DeHollander bot Thompson to fly to left. 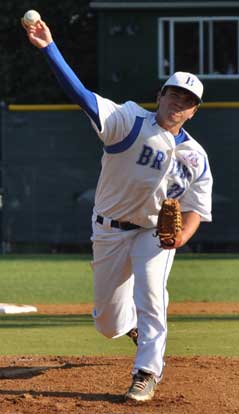 Akers retired the side in order in the bottom of the inning then again in the third after Bryant was unable to take advantage of a two-out walk in the top of the inning.

In the fourth, Miller walked and, with Graddy up, was picked off first. Graddy flew out to right then Matthews beat out an infield hit. But with Rutherford at the plate, he too was picked off, caught in a rundown and tagged out to end a frustrating frame for the Bryant Stars.

In the home half, Anderson was hit by a pitch and Vincent reached on an error. Daniel Jackson hit a grounder to short for a force at second. The relay to first was not in time but Rutherford relayed to third to catch Anderson for an unconventional doubleplay.

Jackson, however, advanced to third on a pair of passed balls then scored on a single by Cameron Santos to make it 3-0.

After DeHollander set down Bryant 1-2-3 in the top of the fifth, Tri-Valley used three hits and an error to produce the game-breaking home fifth.

Akers doubled with one out in the top of the sixth but Tucker grounded out to short and, after the throw to first, Akers made a delayed dash towards third only to have the relay beat him for the third out.

A pair of errors led to another run for Tri-Valley in the bottom of the sixth then DeHollander ended it by pitching around Matthews’ two-out infield hit in the seventh. 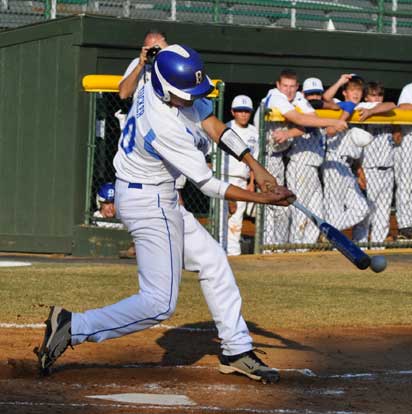 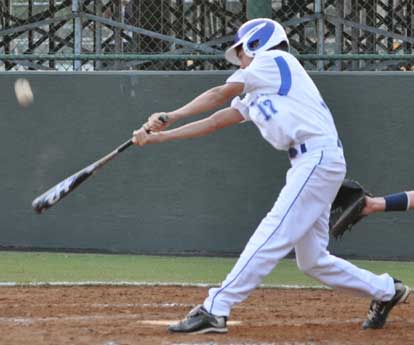