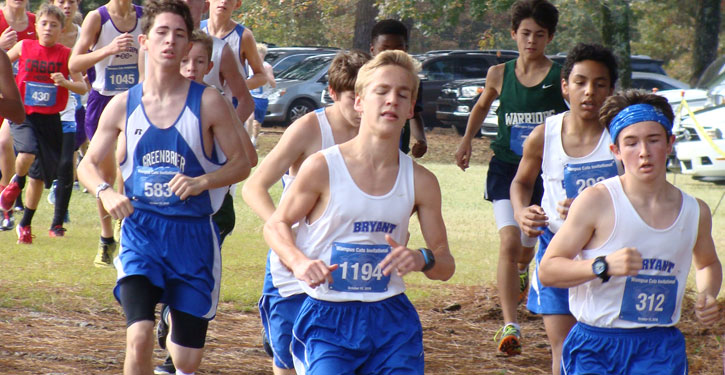 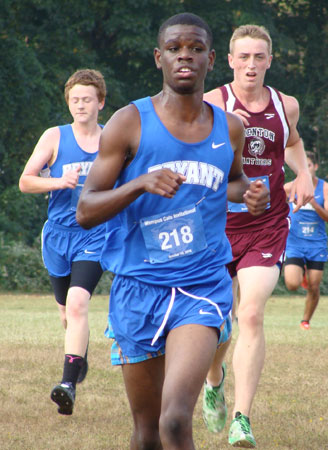 CONWAY — After placing second by the narrowest of margins last week at Bishop Park in the Bryant Hornet Invitational, senior John Carder left no doubt about who would win the Wampus Cat Invitational on Saturday at Lake Beaverfork Park. Carder coasted to a 20-second victory over the rugged 5k (3.1 mile) course in a time of 16:22.  A total of 221 runners completed the race.

“John Carder took care of business today,” declared Hornets coach Steve Oury. “His strength really paid off in the second half of the race. He looked smooth throughout and, from the halfway point on, there was never a doubt that he would win. 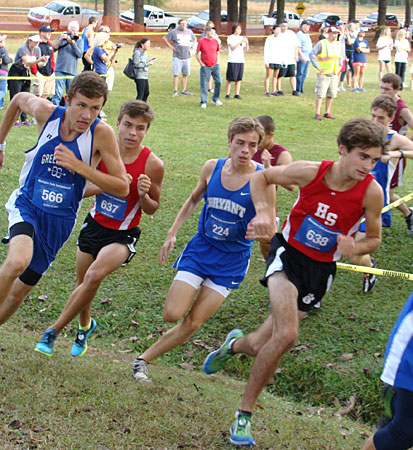 “Enrique Ramos and Kaine Villareal-Hurst both fought hard,” he added. “We had a pretty tough week of training so I think we were fighting through some heavy legs. We had a nice pack of runners in the 4 to 7 spots with Blake Shields running a really strong last half-mile. There was only a 6-second gap in those places.”

The Bryant Junior High team placed second to Conway for the second week in a row on Saturday. The Junior Hornets scored 72 points in the 16-team competition to finish 51 points behind Conway. 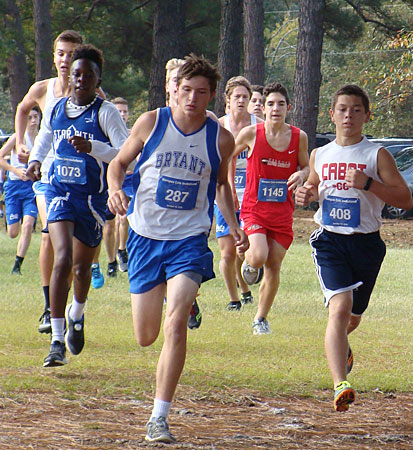 “Even though the score didn’t reflect it, I thought we competed better this week up front,” Oury commented. “We closed some of the time gaps from last week, which is what we were looking for. Conway is awfully tough, but I really like our group. I think we have some athletes who have the potential to be very good runners if they really want to.”

Bryant is set to run at the Lake Hamilton Invitational at Oaklawn Park next Saturday, wrapping up the regular season. The high school team will compete at the 7A-Central Conference meet at Rolling Hills Country Club in Cabot on Oct. 31, then return to Oaklawn Park for the Class 7A meet on Nov. 12.

After Lake Hamilton, the Junior Hornets will run in the Wal-Mart Junior High championship meet at Cabot on Nov. 5. 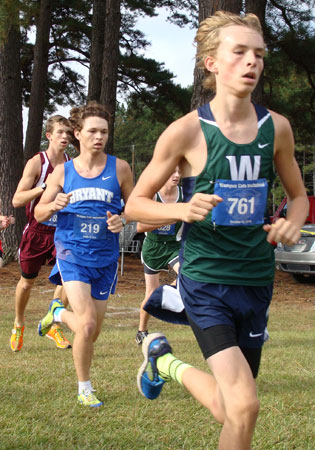 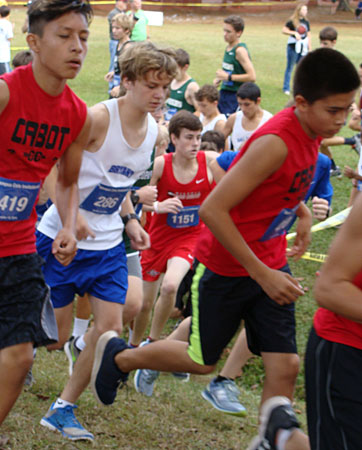