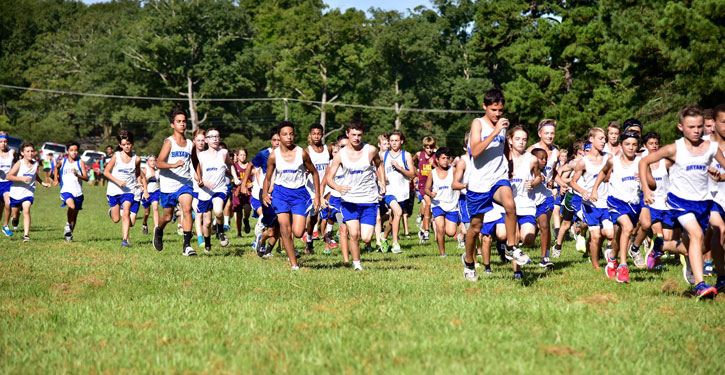 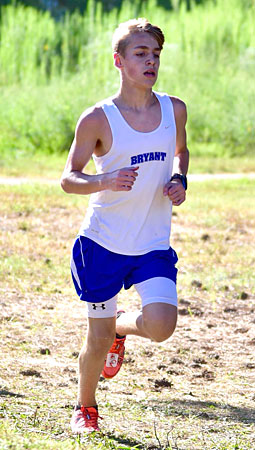 LITTLE ROCK — The Bryant Hornets opened their 2016 cross country season at Western Hills Park where the Minuteman Invitational was held Saturday. John Carder’s runner-up finish led the Hornets to a fifth place finish out of 23 teams. A total of 34 schools had runner in the race, with 267 total finishers. Carder ran a time of 16:38, which was six seconds behind Colby Swecker of Lake Hamilton.

“It was nice to get a meet under our belt,” said Bryant head coach Steve Oury. “Some of the boys struggled with the heat a little bit but, overall, I though we did a pretty good job.

“John Carder ran a great race to earn the runner-up spot,” he added. “Chris Barrientos struggled a little bit but to finish in the top 10 even on an off day should be pretty encouraging for him. Eathan Devine really ran well, so now we just need to keep working on closing the gaps within our top runners.” 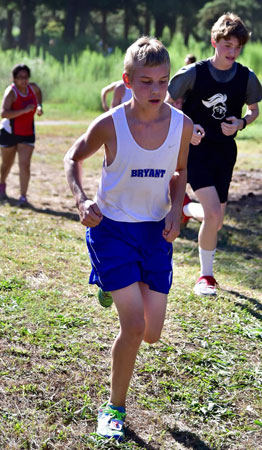 The Bryant Junior Hornets placed third out of 19 teams at the Minuteman Invitational on Saturday. A total of 352 runners completed the 2-mile race.

“The junior boys did a good job,” Oury said. “I was really curious to see how they would look because, at the junior high level, you never know from year to year how you are going to stack up. Conway has a really good group this year, so we will work on trying to close the gap on them as the year progresses.

He added, “Coach Deanna Porter at Bryant Middle School and Coach Denise Smith at Bethel Middle School are doing a great job with their athletes. We had several middle school runners in scoring positions. Also, Coach Lisa Dreher has been a welcome addition to the staff this year and she has worked hard with our ninth graders. Coach (Keith) Dale and I are very lucky to have such good coaches to work with.”