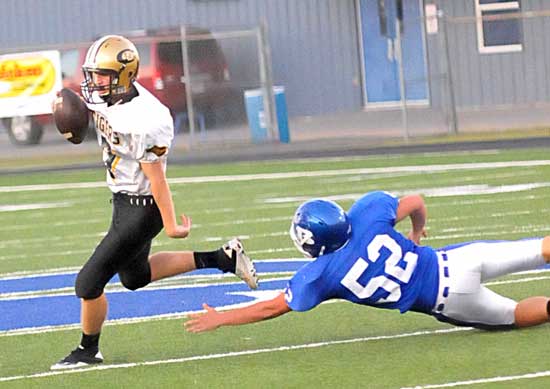 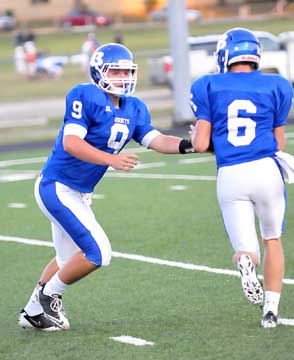 Bryce Denker returned one of the interceptions for a touchdown and Davis Nossaman also had a pick. James Gibson recovered a fumble.

Devonte Howard ran for a touchdown and Wesley Akers completed a TD pass to Greyson Giles. Josh Lowery converted all three of his extra-point attempts.

Defensively, Nossaman, Jacob Stringer, Stoney Stevens and Jake Johnson made tackles for losses while Colton Caviness and Daniel Richards each had a sack. 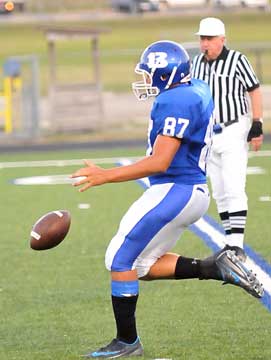 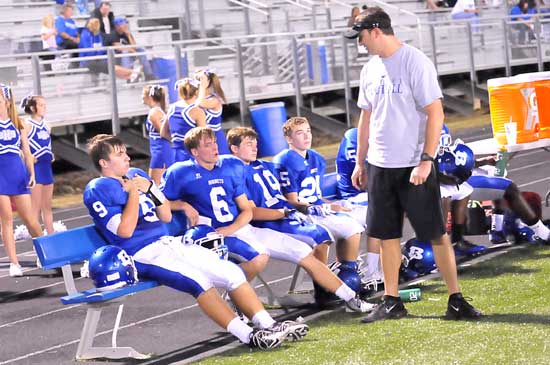