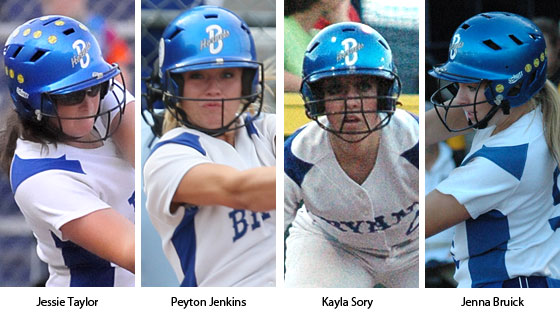 Class 7A State Tournament MVP Jessie Taylor along with fellow seniors Jenna Bruick, Peyton Jenkins, Kayla Sory[more] have been named all-State performers for the 2012 season, according to an Arkansas Activities Association announcement today. 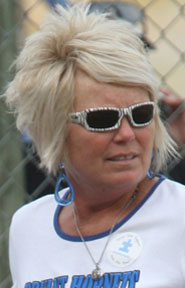 The Lady Hornets won their third straight State championship on Saturday, May 19, with an 8-4 win over the Bentonville Lady Tigers, finishing 34-0 on the season.

Along with being named all-State, Taylor and Sory along junior McKenzie Rice were named to the all-State Tournament team. All nine Bryant starters were tabbed as all-conference selections. Along with those mentioned, that included senior Cassidy Wilson, junior Carly Yazza and sophomores Katy Stillman and Kaley Coppock.

Bryant head coach Debbie Clark has been named as the head coach for the East All-Stars at the annual Arkansas High School Coaches Association event to be held Monday, June 18, at the University of Arkansas’ Bogle Park in Fayetteville. Taylor and Sory will play in the game and Rice will serve as team manager.

Rice and Yazza have been selected to play in the Junior Classic all-star games at UCA on June 13-14.

At the team banquet, Jenkins received the “Beast” pitching award and Taylor received the slugging award. The award for offense went to Bruick while Rice was selected as the team’s most improved player. Sory was voted the teammate award and Wilson earned a “coach on the field” award. Freshman Jordan Williams received the newcomer of the year award. 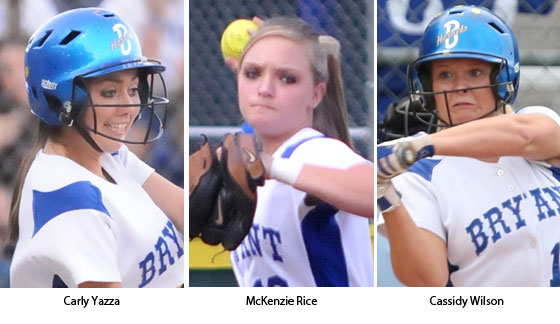 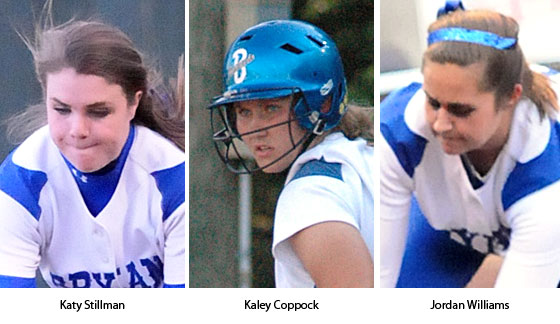