“I saw a glimmer of the old Bryant Hornets,” declared Bryant High School boys soccer coach Jason Hay after his team’s 3-0 win over the Little Rock Christian Academy Warriors on Tuesday night. “Just being physical, working hard, playing together as a group. I was impressed with the effort and the heart that they played with, especially for the first game.”

The Hornets’ successful debut included the first varsity starting experience for a lot of guys.

Bryant took a 2-0 lead in the first half. Martin Ramierez contributed a goal and an assist. His assist came at the 17:00 mark of the opening period, setting up the goal by Ricky Barrientos.

Late in the half, at the 1:37 mark, Ramierez took a feed from Danny Vivar and scored the second goal.

Miguel Garcia added the final score of the game at the 15:05 mark of the second half. The shot at the back post came off a feed from Jhorman Cruz.

Hay was particularly pleased with the shutout.

“Our back four had never played a game together,” he noted. “Hayden Ray came out of the goal so it was his first game starting at defender probably since he’s played club. He did really well. Dalton (Bryant) has never played center back for me. I thought the back four with Suarez and Qualls had a good first game.

“Logan Valestin, first time he’s started for us at keeper,” the coach added. “He had some good saves. He’s real long, has some range and it showed.

“We have several guys that haven’t started a game for us until tonight and they looked pretty good,” Hay concluded. “We played the ball fast, one or two touch.”

The challenge will be ratcheted up considerably when the Hornets travel to the annual Fort Smith Tournament on Friday at 5:30 p.m. They’ll open play against the Fayetteville Bulldogs.

“What we did tonight won’t get it done against Fayetteville,” Hay stated. “We’ll have to continue to improve. But, for the first game, I thought it was really good tonight.” 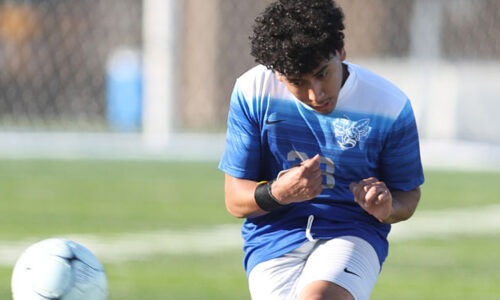