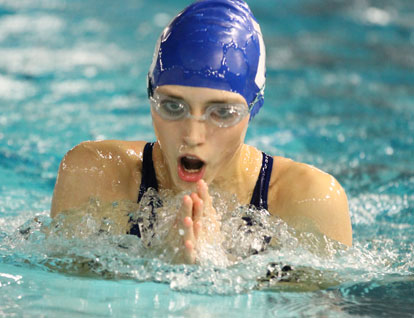 The Conway Lady Wampus Cats won six events and the Bryant Lady Hornets won three as the two teams battled for top honors at the Benton Invitational swim meet at the Bishop Park Aquatic Center on Tuesday. All else being pretty equal, the Lady Wampus Cats paced the 14-team field with 409 points, edging the Lady Hornets who accumulated 394. 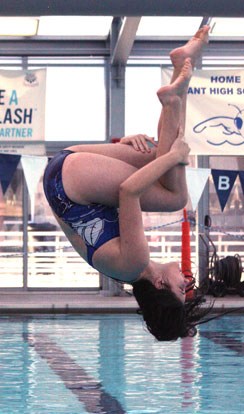 Conway won the other two relays along with the 100 individual medley, the 100 butterfly, the 500 free and the 100 breast stroke.

The only events that weren’t won by either Bryant or Conway was Xiao Toone of Parkview in the one-meter dive; Hope Ernhart of Benton in the 200 free; and Karlee Thurmon of El Dorado in the 100 free.

Bryant made up distance on Conway by having multiple scorers in every individual event except the diving competition in which Allison Mundy finished third.

In addition, the Lady Hornets’ quartet of Butler, Libby Thompson, Higgs and Freebairn finished second to Conway in the 200 medley relay (2:01.41). The team of Thompson, Reagan Smith, Jacey Bittle and Jackson combined on a 1:56.06 to finish fourth in the 200 free relay. 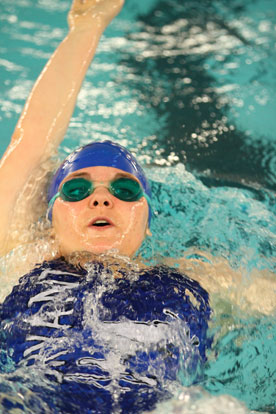 The Lady Hornets are scheduled to compete at UALR on Saturday in their regular-season finale. They’ll host the South District Meet at Bishop Park on Feb. 14. 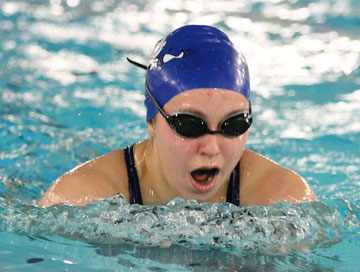 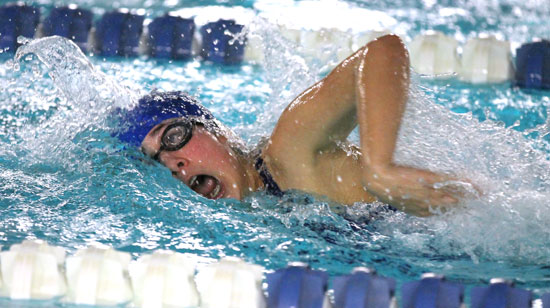 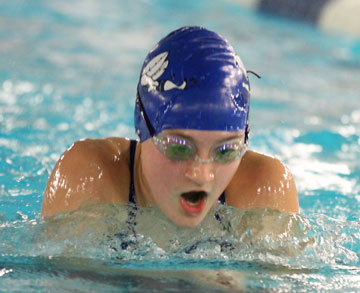 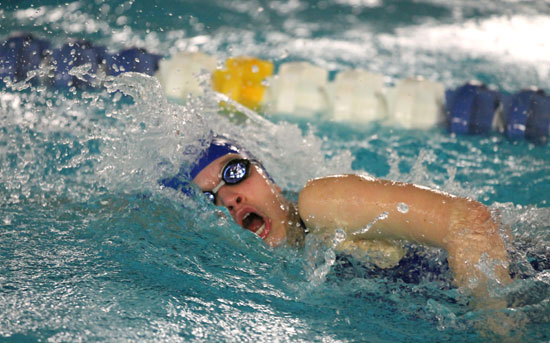 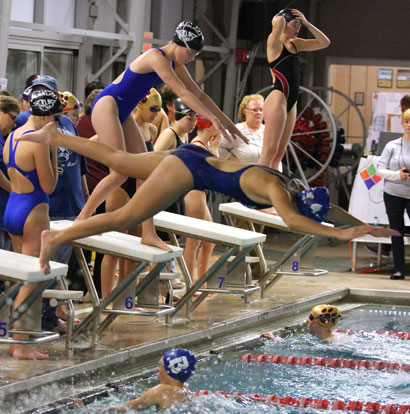 Reagan Smith starts her leg of a relay. (Photo courtesy of Jamie Hester)