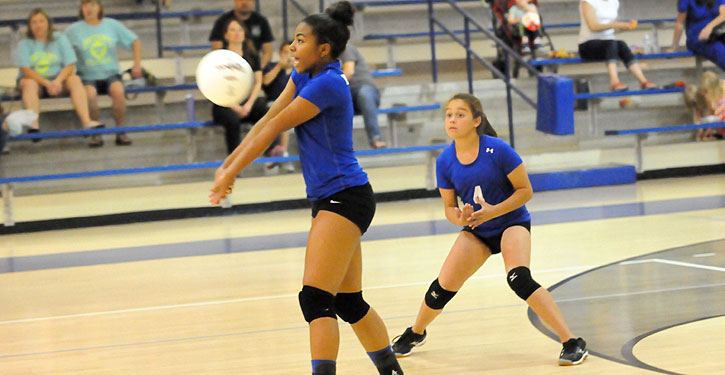 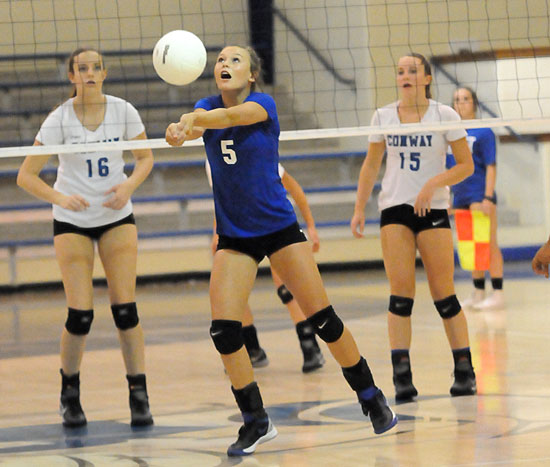 Bryant White was set to play at Benton tonight.

Nyla Bailey was good on seven of her eight serves for the Lady Hornets and Hoskins was good on 5 of 7. Melinda Hernandez got in all five of her serves and led the team with four assists. Jaiyah Jackson had three assists.

Natalie Horn was good on 4 of 5 serves and Abigail Weihe got in 3 of 4. Shanti Adair helped the cause with a kill and a block. 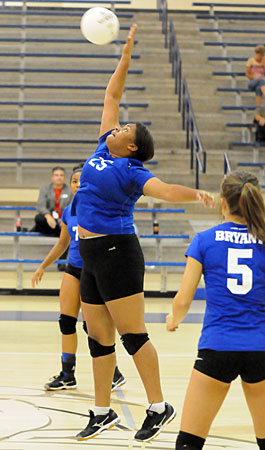 Lauren Taylor (25) sends the ball back over the net in front of teammate Nyla Bailey (7). (Photo by Kevin Nagle)