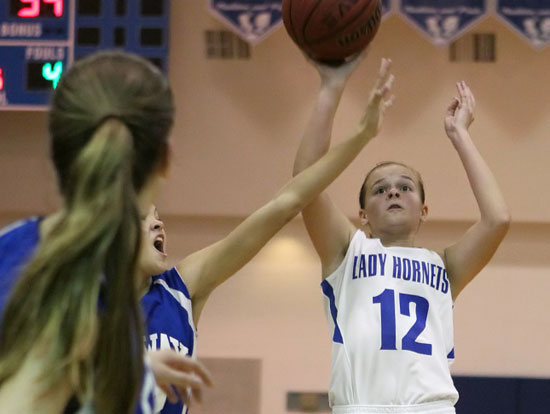 In the third place game in the Bryant Invitational Tournament Thursday night, the Conway White Lady Wampus Cats used a press in the first half and a half-court zone in the second to frustrate the Bryant Lady Hornets freshman team. Conway White finished the night with a 40-24 win at the Bryant High School gym. 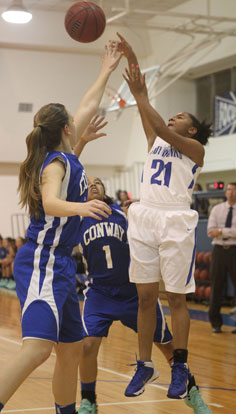 Destiny Martin led Bryant with 9 points. Deja Rayford added 4 with Kendal Rogers and Lania Ratliff finishing with 3 each. Riley Hill and Sarah Kennedy had 2 each and Kennedy Harris 1.

“The first half, I thought we did an okay job of handling their pressure,” said Lady Hornets coach Nathan Castaldi. “We just weren’t able to convert once we beat their press.

“The second half, they got out of their press and played zone, which gave us some problems,” he continued. “Defensively, we gave up too many uncontested shots and second-chance opportunities.”

The Lady Hornets are to return to action on Monday, Nov. 25, at Benton.