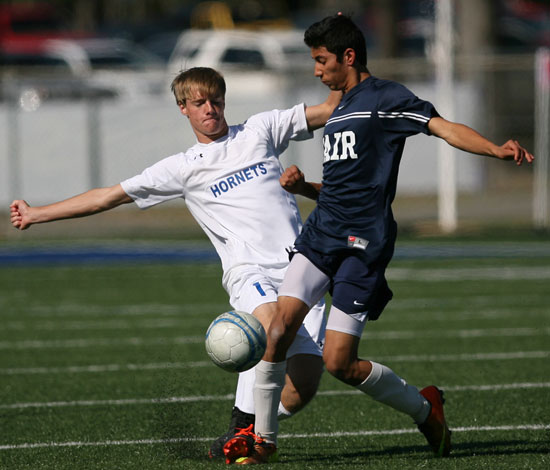 The Bryant Hornets scored nine goals in the first half including five by junior Bryce Denker[more] and two by junior Evan Caddy then reserves played keep away for the mercy-rule abbreviated second half against the Little Rock J.A. Fair War Eagles at Bryant Stadium Friday evening. 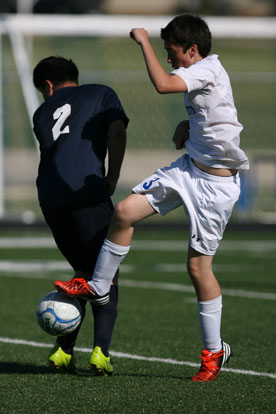 The Hornets improved to 14-2-1 overall and 9-1 in the South Conference going into the final two weeks of the league campaign. They’ll travel to Sheridan next Thursday, April 25 then host Texarkana the next day.

Before the match was seven minutes old, the Bryant had struck three times in a flurry that actually came together over a span of less than two minutes. Denker assisted on the first goal, which was scored by Cameron Furton at the 36:14 mark. Almost exactly one minute later, Dylan Wolf knocked one past the keeper off a feed from Blake Reed to make it 2-0. Just 24 seconds later, Denker had his first goal with an assist from Wolf.

The next four goals were all netted by Denker. First off an assist from Corey Laisure at 20:02 then with Caddy assisting at 16:57. Bryan Oldham provided the feed on Denker’s goal at 12:14 and, at the 10:44 mark, Denker scored unassisted to make it 7-0.

Both of Caddy’s goals came in the final two minutes. The first was unassisted at the 1:35 mark. Francisco Zamora garnered the assist on the second with :44 left. 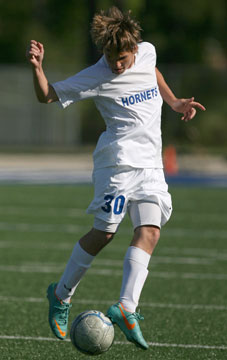 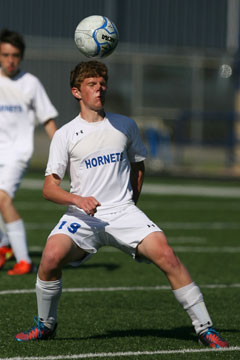 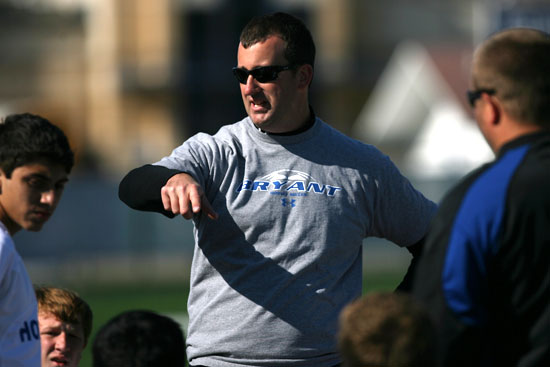