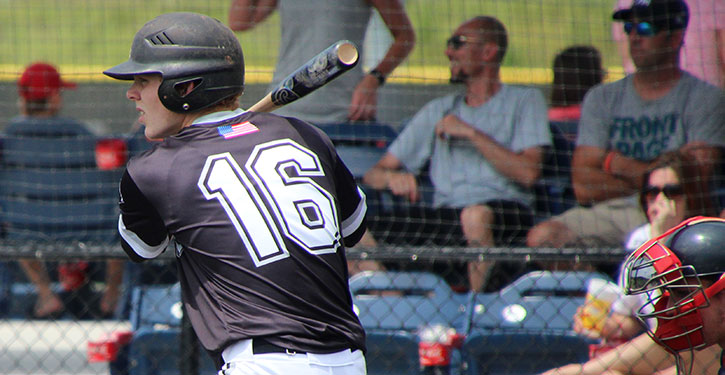 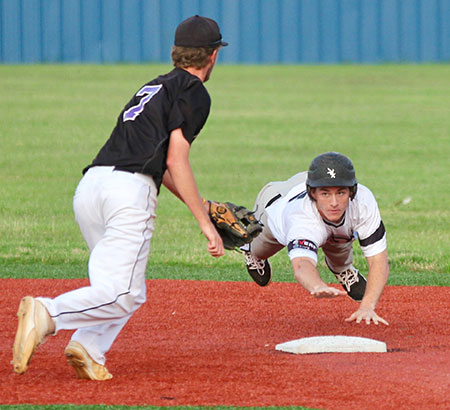 SPRINGDALE — Jake East took a shutout into the sixth inning and helped his own cause with a three-hit day at the plate as the Bryant Black Sox Senior American Legion team improved to 3-0 in pool play at the Chad Wolff Classic with an 11-2 win over Yard Baseball Club of Raytown, Mo., on Saturday evening.

Aaron Orender added two hits and three runs batted in for the Sox who improved to 11-3 on the season. The win was their seventh in a row.

Bryant wraps up pool play on Sunday at 9 a.m., against the Texas Outlaws at Bentonville High School.

The Sox built a 7-0 lead before YBC got on the board in the bottom of the sixth. With two in and two on with two outs in the sixth, Myers Buck relieved East and got the final out. Logan Allen came on in the seventh after the Sox had plated four more runs in the top half. After a groundout and a walk, Allen fanned the last two batters to shut it down. 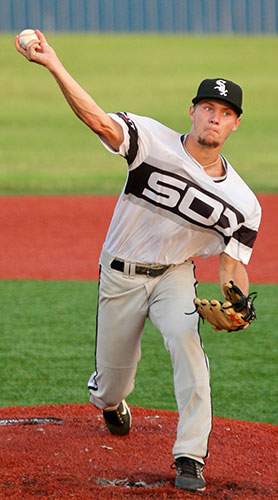 Seth Tucker reached on an error to start the game. East blooped a single to right and a passed ball allowed runners to advance to second and third. Allen picked up an RBI with a groundout to short then Orender made it 2-0 with an RBI double.

YBC started the bottom of the inning with a pair of singles. The next batter flew out to Orender in left. His throw back into second doubled up the lead runner who was late getting back to the base. Catcher Jake Wright then threw out the remaining runner trying to steal to end the inning.

Singles by Brandon Hoover and Coby Greiner to start the top of the second came to naught then East struck out two in a 1-2-3 home second.

The Sox broke through for more in the top of the fourth. With one out, Greiner walked and stole second. Tucker flew out to right and Greiner tagged and went to third. He scored on a single by East. Allen bounced a base hit up the middle sending East to third. And when the centerfielder mishandled the ball, East scored and Allen wound up at second. Orender’s groundball to second was booted and Allen scored to make it 5-0.

The outburst continued with a walk to Alex Shurtleff and, after a double steal, Wright cracked an RBI single to left. Wright followed when the left-fielder misplayed the ball. 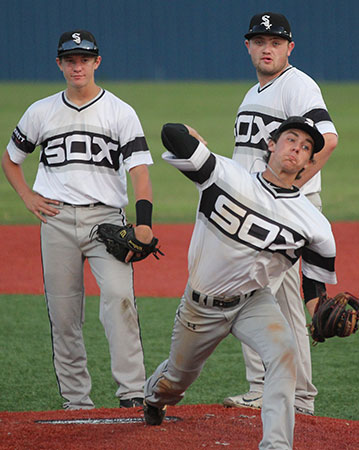 East pitched around a lead-off single in the home fourth then a lead-off walk in the fifth that was erased by another Bryant doubleplay.

In the sixth, a lead-off single was followed by a force at second. A walk put runners at first and second with one down. A grounder to Tucker at short produced the second out as the runners advanced to second and third. A passed ball produced the first YBC run and, after a walk, a single made it 7-2.

Buck took the mound and, after a double steal, ended the inning by picking off the runner at second.

Wright walked to start the top of the seventh. Scott Schmidt, trying to sacrifice, got his bunt down and reached safely when it was misplayed. Hoover walked to load the bases. An out later, Tucker singled to left to make it 8-2. Buck’s bunt hit got Schmidt home to make it 9-2.

With two down, Orender lined a single to left that drove in the final two runs. 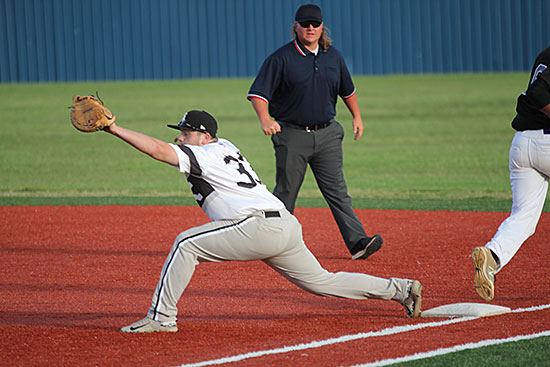 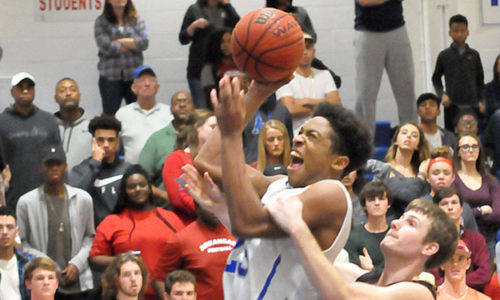