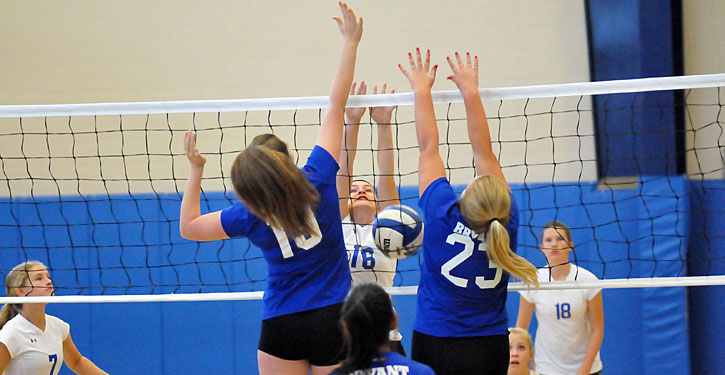 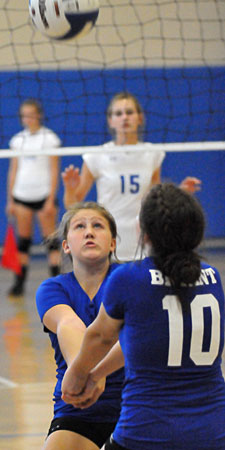 Sam Still was good on all 12 of her serves for Bryant White including four aces. She also finished with a four kills. Nyla Bailey was 8 of 9 at the line with three aces to go with three kills.

Bryant White’s Shanti Adair finished with a game-high five kills and two blocks. Abigail Weihe had two kills and, at the service line, was good on two of three attempts.

Hailey Maxwell got in 11 of her 13 serves and supplied four assists. Melinda Hernandez was 5 of 6 at the line and also had four assists. Natalie Horn was good on 3 of 4 serves while Meredith Miller contributed a block to the Bryant White effort.

Meanwhile, for Bryant Blue, Grace Holley, Skylar Risk, Lucie Van Roekel, Jillian Colclasure and Ella Reynolds each had a kill. Risk contributed two blocks and Van Roekel and Addison Funk came up with one each.

At the service line, Funk and Lauren Seyffert produced two aces apiece. Lexi Feagin and Martin each had an ace too.

Defensively, Grace Holley led the team with eight digs. Seyffert and Madelyn Thomas came up one each. 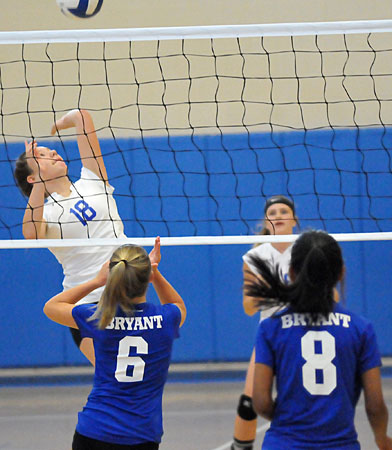 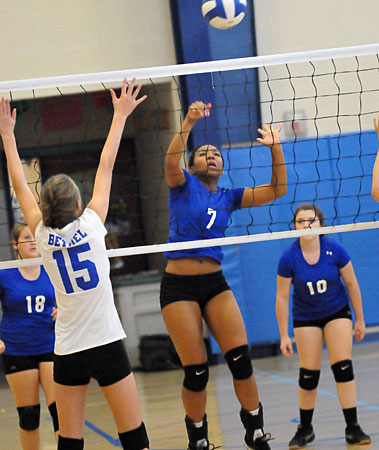 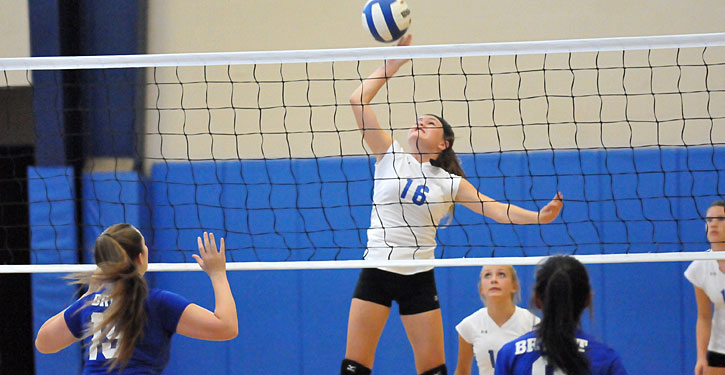