Ronnie and Lorett Nailling of Floyd, Rick Martin of Beebe, and Donna and Jack Smith of McRae announce the engagement[more] and upcoming marriage of their children, Natalie Nailling and Chad Martin. 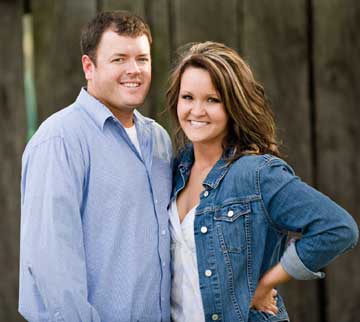 The bride-elect is the granddaughter of Drew and Wanda Stroud Quattlebaum of Floyd, the late Dearl Stroud and the late Charles and Eunice Nailling of Bryant. Natalie is a 2003 graduate of Beebe High School and received her registered nursing license from Baptist Health Schools of Nursing in 2007 and her BSN from Arkansas Tech University in 2008. She is currently working as a registered nurse at Arkansas Children’s Hospital in cardiothoracic surgery.

Chad is the grandson of Marvin and Hazel Martin of Beebe, Jeanenne Sier of Olive Branch, Miss., and the late Wendell and Joyce Russell of McRae. Chad is a 2000 graduate of McRae High School, attended Arkansas State University in Beebe, and works in the transportation industry. Chad is self-employed and owns and operates Chad Martin Transportation.

The wedding will be at Union Valley Baptist Church on Saturday, Nov. 5, 2011 at 6 in the evening. The church is located at 932 Hwy 64 West, Beebe. All family and friends are invited to attend.