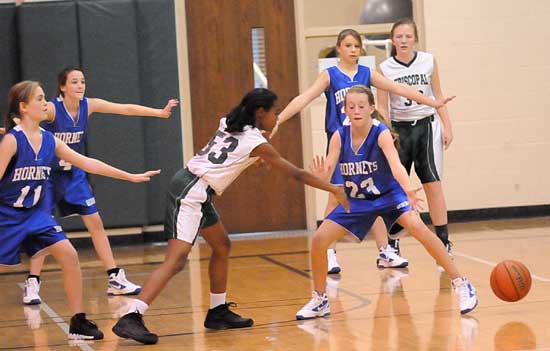 LITTLE ROCK — The Bryant Blue Lady Hornets seventh grade team of Bethel Middle School were[more] out-scored 10-1 in the third quarter and could never recover in a 26-18 loss to the host team at the Wildcat Shootout at Episcopal Collegiate School Tuesday night. 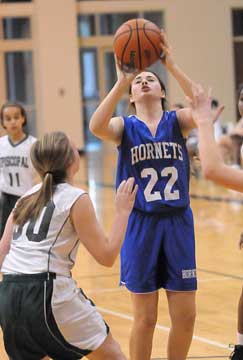 The Lady Hornets trailed 5-4 after a quarter and 14-9 at the half before the Lady Wildcats took control of the game. Bryant Blue rallied in the fourth quarter, outscoring Episcopal 8-2 but fell short.

Alex Dillard and Riley Hill each had 5 points for the Lady Hornets. Kendall Rogers added 4 with Chloe Cline and Regan McCormick finishing with 2 apiece. 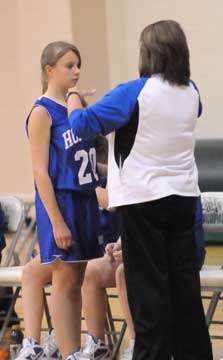