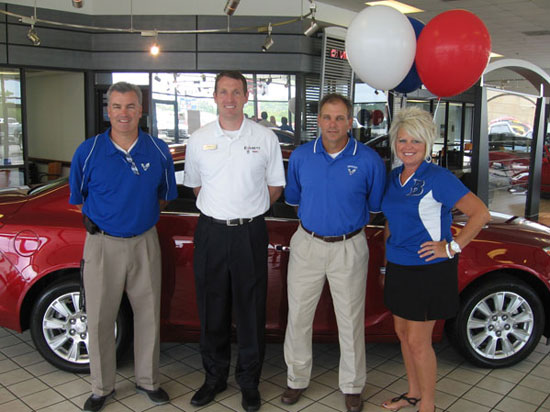 Bryant athletic director Mike Lee, softball coach Debbie Clark and baseball coach Kirk Bock were on hand at Everett Buick GMC today to express their gratitude to Chad Hendrix and Everett for their support in purchasing the rings for the 2012 Class 7A State championship softball and baseball teams.