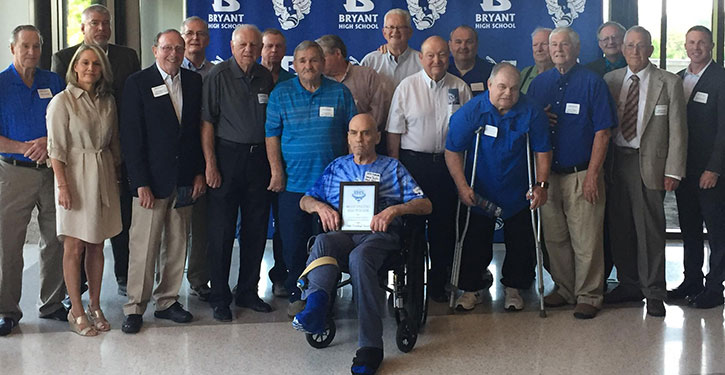 The fifth class of the Bryant Athletic Hall of Honor was inducted on Saturday night at Bryant High School.

Karen Aston, a former Lady Hornets basketball standout who is now the head women’s basketball coach of the Texas Longhorns;

Brian Bariola, who won two individual State cross country championships and led the Hornets to State titles in 1991 and 1992;

David Smart, an offensive linemen for the Hornets to be recruited and play for the Arkansas Razorbacks;

Terry Dalrymple, a longtime member of the Bryant High School faculty who filmed Hornets football games for many years;

Tommy Powell, who led the youth basketball program in Bryant for many years;