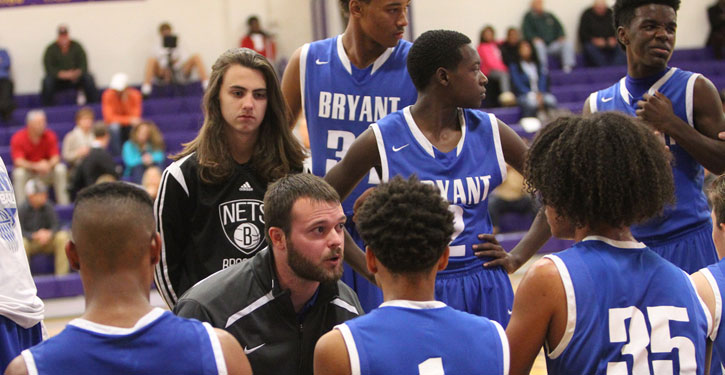 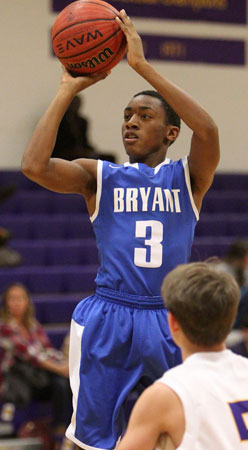 Darrick Rose pulls up for a jumper. (Photo by Rick Nation)

Late in their game with the Catholic Rockets freshmen on Thursday night, the Bryant Hornets led 41-22. A late push by the Rockets as Bryant head coach Tyler Posey got in as many reserves as he could, whittled the margin down to 41-30 at the end but it wasn’t that close.

The Hornets improved to 5-4 on the season and 4-1 in Central Arkansas Junior High Conference play going into a home contest against Russellville in league play on Monday, which will wrap up their pre-Christmas schedule.

Bryant has now won four of its last five games.

Posey liked the way his team responded to a little adversity.

“We had three guys get into early foul trouble,” he noted. “So we had to make some adjustments early and had to play a little bit different, smaller line-up. 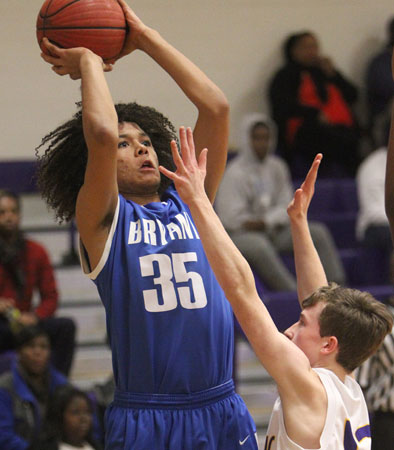 Ethan Hilkert rises above a Catholic defender to get a shot away. (Photo by Rick Nation)

“But our guys really responded and really stayed aggressive with our full-court pressure.”

The Hornets led 10-4 at the end of the first quarter. It remained about that close for much of the second quarter.

“Kayleb West hit two big 3’s to open the second quarter and get us going,” Posey said. “Keith Merriweather hit 8 points in the final minute of the first half for the double-digit halftime lead.

“Our pressure seemed to get to them and, over time, wore them down,” he added. “I’m very proud of the resiliency and response to early adversity in the game.” 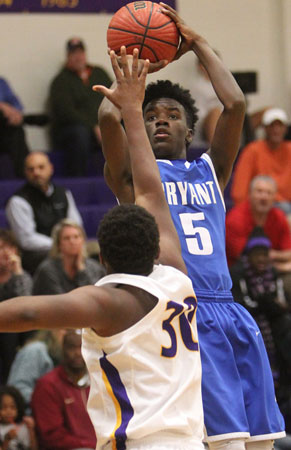