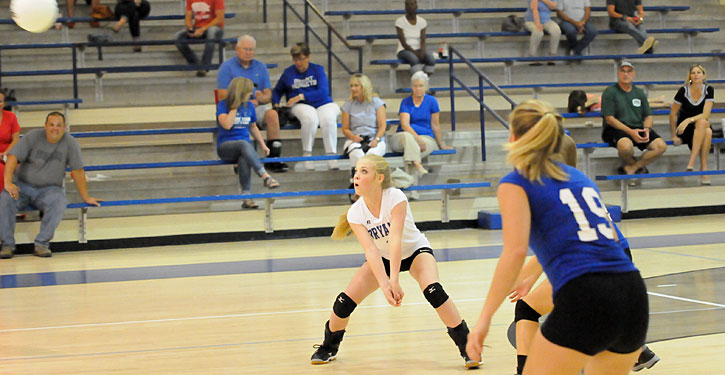 Though they had a rugged night at Mount St. Mary Academy on Tuesday, the Bryant Lady Hornets freshman volleyball team bounced back on Thursday with a victory over Russellville 25-20, 26-24, at the Bryant Middle School gym.

The win was the Lady Hornets’ second in three matches and third win in the last five.

“We played better tonight,” acknowledged Bryant coach Lawrence Jefferson. “Our serve-receive improved from Tuesday night and our digs on their hits did too.”

Lexi Brown had 11 service points with three aces. She was good on 11 of her 13 attempts. Erin Thompson had seven service points and was good on eight of her nine serves with an ace. Meredith Medford served for 8 points, Grace Sams seven and Ashley Davis 4.

Kiarra Beard led the team with 15 digs. Medford and Thompson each came up with seven.

“Truli Bates had two blocks at important times and Ivory Russ had a kill at a pivotal moment in the match,” Jefferson noted.

The Lady Hornets will travel to Russellville on Saturday to play in a tournament. 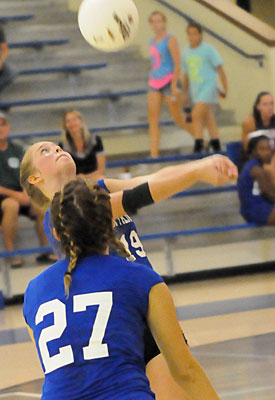 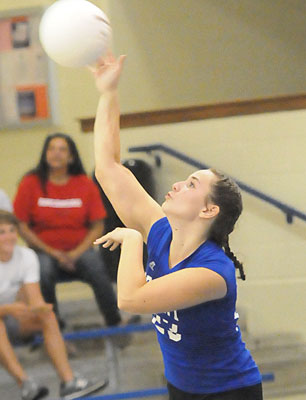