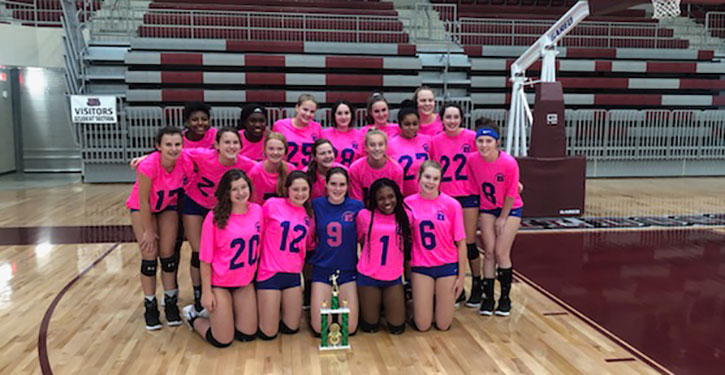 MORRILTON — The Bryant Lady Hornets freshman volleyball team earned a spot in the Gold Division of the Morrilton tournament on Saturday then reached the finals before losing to the host team in two sets.

To get to the finals, they played the Hot Springs Lakeside Lady Rams in the semifinals. After losing to Lakeside twice before, Bryant won in a nail-biter 15-12 in the third set to advance to the title match.

The Lady Hornets were 6-2 on the day.

“Lakeside was a big win for us,” said Bryant coach Cindy Jones. “In the championship, Morrilton is so scrappy. They are hard to beat every year.

“I’m very proud of the kids,” she added. “It’s the most consistent we have played all year. Kiley Fleharty had an amazing tournament with a lot of big kills and serves the whole day. Mary Beth James never leaves the floor and is always a solid leader.”