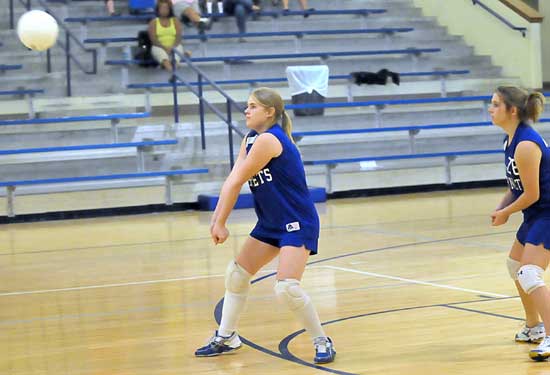 Coming off a strong showing in a tournament at Conway on Saturday, the Bryant Lady Hornets freshman volleyball team swept both games of their match with Cabot North on Monday. 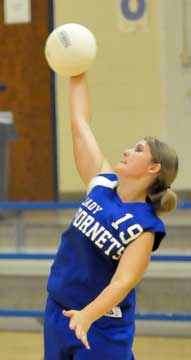 “I thought the girls carried their confidence from the tournament over to this game,” acknowledged head coach Monica Parish. “Our defense shifted very well and we had many digs to keep our rallies going.”

In the first game of the match, Coppock served for points 8 through 12 and Allen came through with three kills. Shaddon contributed an ace while serving and had two kills playing from the back row.

In the second game, Crouch served for points 5 through 9 and again 17 through 19. Guyett kicked in three kills and Coppock two with Jolley and Acheson contributing a kill a piece.

“I was proud of Kaley’s serves because she has been working overtime to improve her skills and her hard work is paying off during games now,” Parish mentioned. “Hannah is becoming my most consistent server on the team.”

The Lady Hornets return to action at Benton on Thursday, hoping to avenge a season-opening loss in three games. 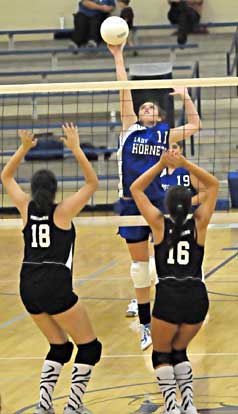 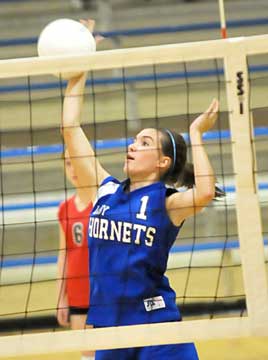