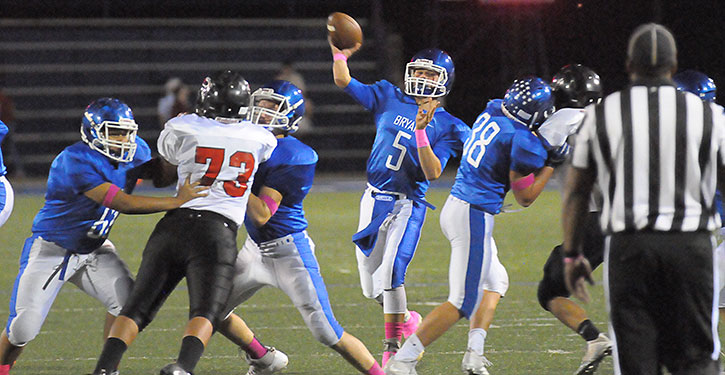 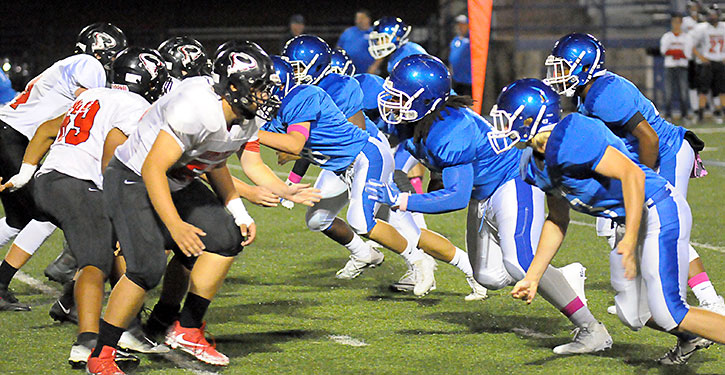 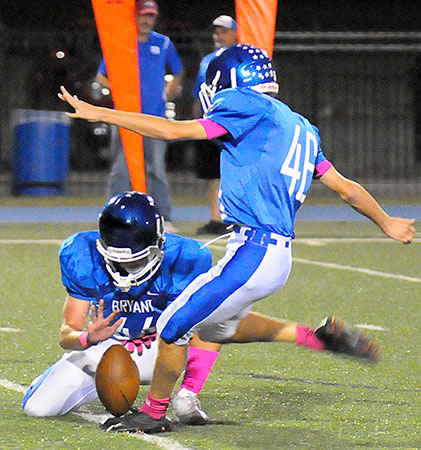 A week after the Russellville Whirlwinds suffered a 60-14 loss to the Cabot South Panthers, the Bryant Hornets could’ve probably done something similar. They could’ve named the score, as they say.

The Hornets scored on their first five possessions of the game to build a 35-0 lead and had most of his starters out of the game before the first half was over. In the second half, more and more reserves got into the action with the Sportsmanship (or Mercy) Rule in effect with a running clock.

Bryant finished out a 35-7 victory, improving to 7-0 on the season and 6-0 in the Central Arkansas Junior High Conference.

The victory was also the 24th in a row by Bryant freshman teams over the last three seasons. The Hornets are vying for an unbeaten season, which would be the third in head coach Kenny Horn’s tenure as freshman head coach dating back to the 2008 season. 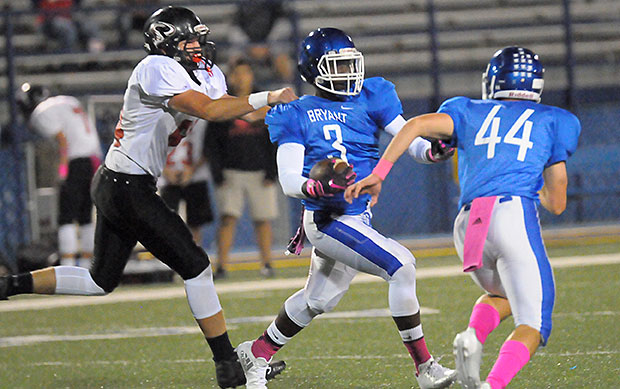 Russellville wound up with a net total offense of 14 yards against Bryant. Of the Whirlwinds’ 15 rushes, 13 of them lost yardage resulting in a net of minus-33 yards rushing in the game.

On the first play of the game, Bryant’s Aiden Adams tackled running back Kobe Robinson for a loss of 7. Two plays later, a short punt was fielded by Myles Aldridge and returned to the Russellville 3. Though much of the return was negated by a blocking penalty, the Hornets scored on their first play from scrimmage as quarterback Austin Ledbetter fired a strike to River Gregory who was behind the defense for the points. 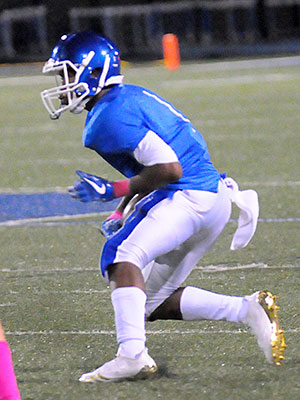 Brock Funk, who was good on all five point-after kicks, made it 7-0.

The Whirlwinds got good field position after a reverse on the kickoff return resulted in a 31-yard return by Ja’len Payne. From the Bryant 49 however, the ‘Winds went backwards. Rodricho Martin and LaQuav Brumfield combined on a stop for a loss of 4. On second down, quarterback Rhett Neagles fell on a bad snap for a loss of 8. And a third-down run by Robinson was stopped for a loss of 3 more by Hart Penfield.

Aldridge returned the resulting punt and returned it 23 yards and the Hornets’ offense set up shop again at the Russellville 39. A 31-yard pass from Ledbetter to Blaine Sears set up Ledbetter’s 3-yard keeper for the touchdown.

After another three-and-out for Russellville, Ledbetter broke a 31-yard run to the Whirlwinds’ 9. Gregory carried in from there on the next play and it was 21-0 with 2:07 still to play in the first quarter.

Russellville managed its lone first down of the first half on a 33-yard pass from Neagles to Caleb Gray, which converted a third-and-10 from their own 22. Three plays later, however, the Whirlwinds were punting again. 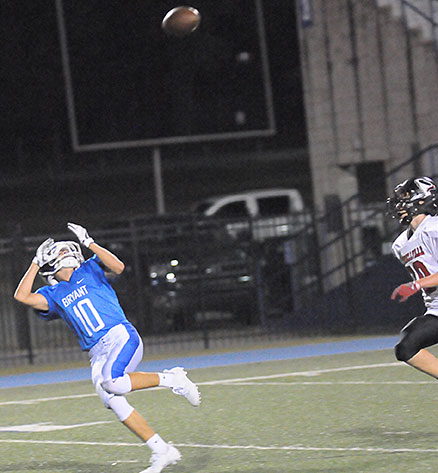 And Bryant was rolling toward another touchdown. After a holding penalty pushed the ball back to the 13, the Hornets went 87 yards in five plays, capped by Ledbetter’s pass over the middle that was almost intercepted at the goal line. But the ball ricocheted off the defender’s hands and into the awaiting arms of Aldridge for a touchdown.

Aldridge’s 32-yard run earlier in the drive converted a third down for the Hornets. After Gregory hauled in a 12-yard toss, the touchdown came on the next play.

It was 28-0 with most of the second quarter yet to play.

Bryant got the ball back with 6:04 left in the half, 54 yards away from another score. Behind the Hornets’ stellar offensive line, Xavier Foote carried on three consecutive snaps and covered the 54 yards. Most of that came on a 28-yard burst. On the next play, he scored from the 11 and it was 35-0 with 5:28 left in the half. 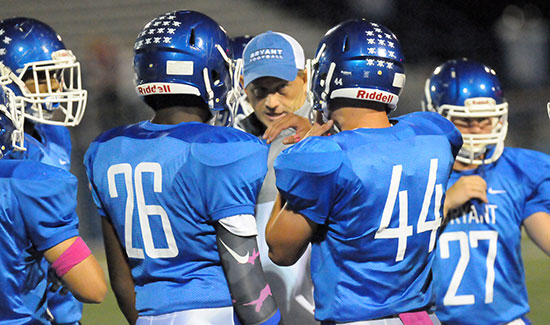 Russellville’s next two possessions were one play apiece. The first resulted in a fumble by the Whirlwinds that Martin recovered. On the next try, Kevin Taylor intercepted a first-down pass.

A pair of plays lost yardage after the Whirlwinds reached the Bryant 11 resulted in a field-goal attempt by Funk. The kick, however, was wide right with just over a minute left in the second quarter.

In the abbreviated second half, Russellville’s touchdown was set up by a 43-yard punt return by Brady Burnett. From the 9, Robinson barreled to the 1. After a third-down run lost a yard, the Whirlwinds went for it on fourth from the 2. Neagles cashed in with a 2-yard completion to Tre Potter got them on the board. 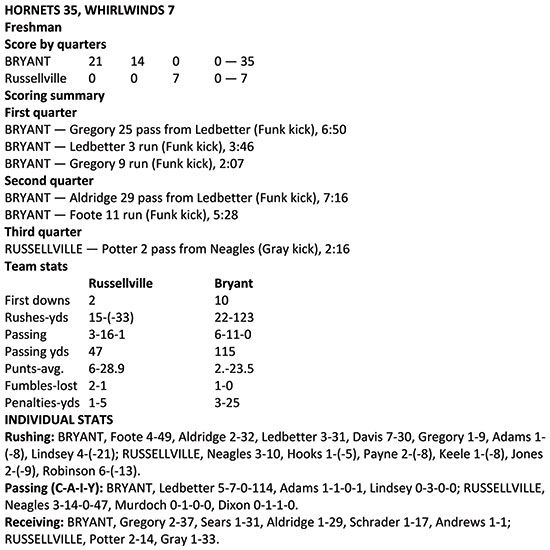