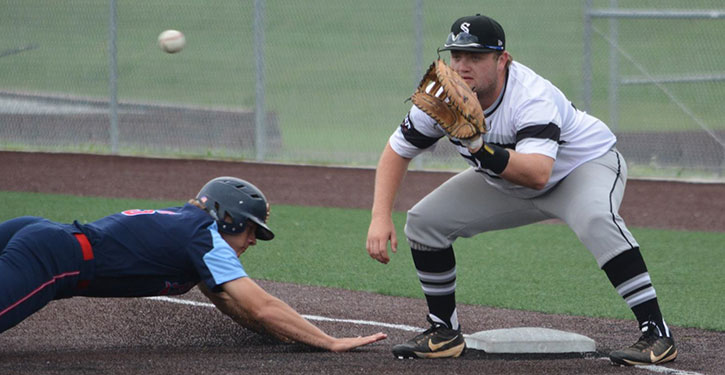 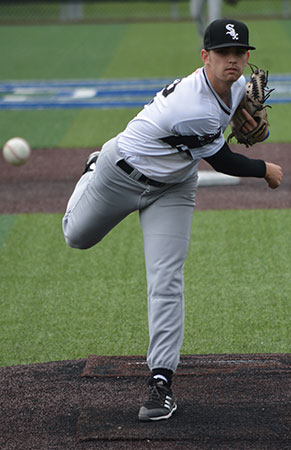 OMAHA, Neb. — Logan Grant and Logan Catton combined on a two-hit shutout and Coby Greiner drove in two runs as the Bryant Black Sox Senior American Legion team bounced back from their first loss at the five-game classic at Creighton Prep School, with a 4-0 win over the Cheyenne, Wyo., Post 6 Sixers this morning.

Over five innings, Grant walked two and struck out six. The only hit he allowed was a single by Braxton Inniss with two out in the top of the third. After the Sox extended a 1-0 lead with two runs in the bottom of the fifth, Catton relieved in the sixth and surrendered a lead-off single by Cody Brooks before retiring six in a row to end the game.

Brooks dueled with Grant before running into trouble in the fifth. Bryant had taken a 1-0 lead in the bottom of the first when Logan Chambers walked, stole second then scored on Brandon Hoover’s two-out single to center.

Grant retired eight of the first nine he faced, working around a one-out walk Ryan Andren in the second. In the third, after Inniss’ single, Nico Vite walked but Grant got Brooks to ground to short for an inning-ending force at second. 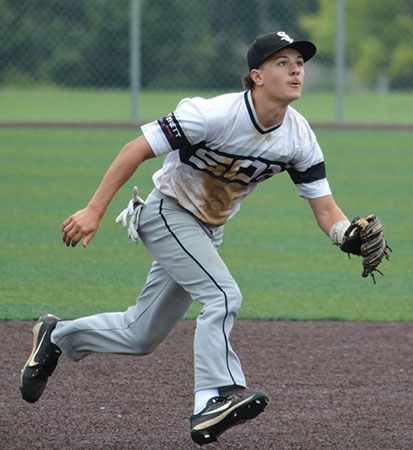 Brooks retired seven in a row after Hoover’s RBI knock. In the bottom of the fourth, Cade Drennan led off with a single to left but, after stealing second, was stranded.

In the top of the fifth, Grant struck out three but, the third batter, Inniss, reached base when the third strike was in the dirt and got away. Vite flew out to Matthew Sandidge in left to end the inning moments later, however.

Bryant’s fifth began with a walk to Grayson Prince. He took second on a passed ball and went to third on Konnor Clontz’ sacrifice bunt. On the next pitch, Greiner got a bunt down that not only got Prince across the plate but allowed Greiner to reach first with a single.

A balk allowed Greiner to take second. He tagged and went to third on Chambers’ fly to right. After Jake Wright was drilled by a 2-2 pitch, the Sixers changed pitchers. Guy Lowe was greeted by Drennan who singled to left to chase home Greiner, making it 3-0.

In the sixth, Sandidge reached on a one-out error then walks were issued to Prince and Clontz. Greiner slapped a single to right and it was 4-0.

Catton fanned two in the top of the seventh as he closed out the victory. 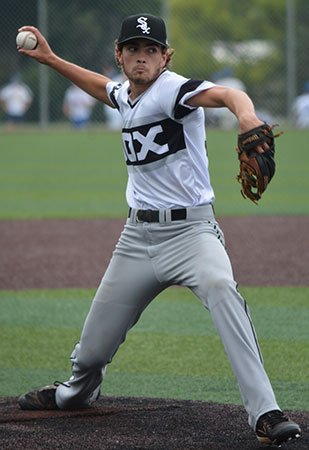