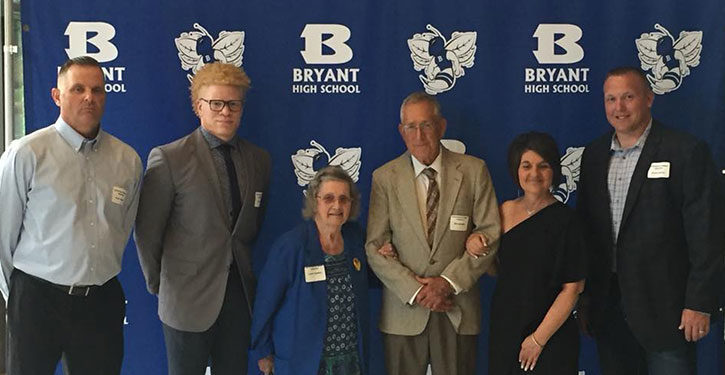 Hall of Honor Class of 2018 celebrated

BRYANT — Seven new inductees in the Bryant Athletic Hall of Honor were celebrated with an induction ceremony and reception at Bryant High School on Saturday night. It was the fourth class of the Hall.

Laura Wooten—Co-captain of the first-ever Bryant Junior High drill/dance team, she went on to become an All-American in her senior year. She has spent the past 27 years coaching at Bryant Public Schools and her varsity dance teams would be State Champions from 1998-2007, and they would claim an additional three state titles and five State runner-up titles during her career. She has served as President of the Arkansas Drill/Dance Team Association and was named Arkansas Activities Association Dance Coach of the Year in 2011 and 2013.

O’Dell Lee—Overcoming the issues of poverty, albinism and being legally blind, O’Dell Lee became a two-time Arkansas State wrestling champion and had a career record of 101-2, going undefeated in his junior and senior years. He was All-State from his freshman to senior year and was a three-time All-American at the Brute Adidas Nationals. He signed to wrestle for Ouachita Baptist University.

Brad Goshien—A starter for the 1980-81 AAA State Championship basketball team where he was named the Arkansas Democrat Sophomore of the Year and to the Arkansas Gazette Super Sophomore team. He would go on to be All-State his junior and senior years and named to the Converse All American team. He went on to college to play basketball at Ole Miss in 1983 and transferred to Arkansas State University where he was a two-year starter.

Bob Goodloe—served as the Head Coach of the Bryant Hornets football team from 1959-66 compiling a winning record of 28-11-3 and he would go on to win a State Championship at Joe T. Robinson High School in 1980.

Jimmy Harris (posthumously)—a 1954 graduate of Bryant High School who lettered three years in football and four years in basketball where he was selected to the All-District team and earned a scholarship to play basketball at then Arkansas College, now Lyon College in Batesville, where he was named All-AIC. He was later inducted into the Lyon College Athletic Hall of Fame.

The group was voted on by the Bryant Athletic Hall of Honor Board of Directors. More information about each inductee will be provided closer to the date of induction. 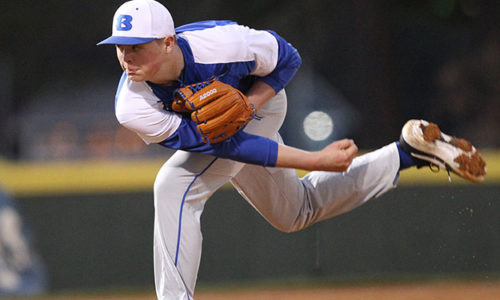