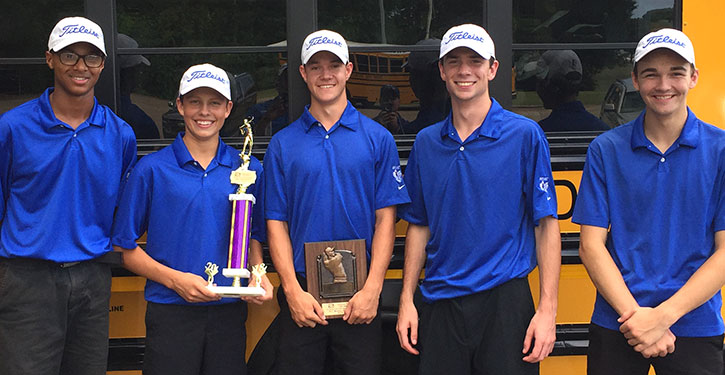 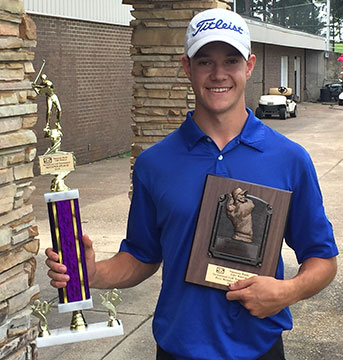 EL DORADO — Clayton Harbour earned individual medalist honors with an 18-hole round of 74 to lead the Bryant Hornets golf team to a second-place finish at the annual season-opening Simmons Bank Invitational tournament on Monday.

In girls’ competition, Bryant, led by junior Brooklyn Waller’s round of 98, finished at 350. Sheridan edged Harmony Grove, 301-304 to win the five-team tournament.

Along with Harbour’s medalist round, Logan McDonald and Brendon each posted rounds of 79 for the Hornets. Andrew Gaspard carded an 80 to complete the scoring group. Landon Allison turned in an 85.

“We came up just short of our attempt to three-peat at El Do,” noted Bryant head coach Steve Griffith. “I’m proud of the effort, especially Clayton’s individual medalist with a 3 over 74 — great way to kick off his senior year. Brendon, Logan, and Andrew posted solid rounds; Landon had a rough day, but I know he will bounce back strong.”

For the girls, Meredith Medford shot a 116 with Leighton Crawley at 136 and Anna Barnes carding a 137.

“The girls showed improvement with Brooklyn breaking 100 and Meredith improving eight strokes from her best round of 2017,” Griffith said. “Anna and Leighton are new to team golf and got their first taste of competition.”

Both teams will tee it up on Friday at North Hills in Sherwood for the Charging Cat Invitational.