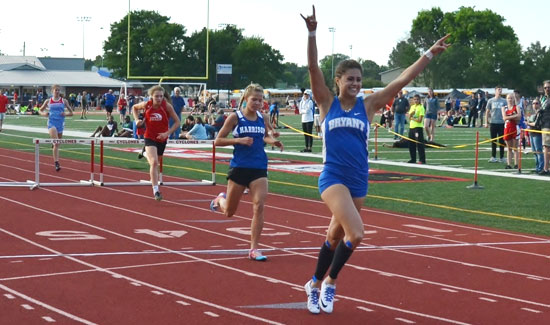 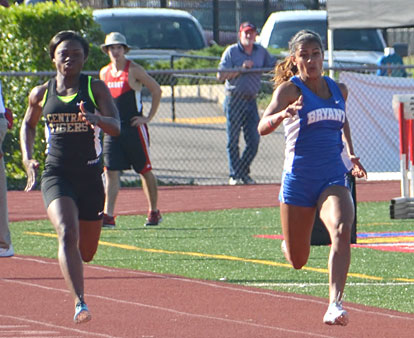 RUSSELLVILLE — Senior Haley Hood remained undefeated on the season in the 300-meter hurdles winning the state title and the Meet of Champions title.

At the MOC, she battled Harrison’s Allison Patton the entire race and actually lost the lead to her late in the race, but battled back in the last 50 meters to take the win.

Hood had the fastest time in the state in the event for most of the season but in the Class 5A State meet, Patton ran a faster time. The Meet of Champs was the first time the two went head-to-head.

Hood, who also finished seventh in the 100-meter hurdles, contributed a leg to the 4×400 relay team for Bryant, which finished second to conference rival Conway, with a time of 4:00.04. Conway edged them out at 3:49.87. She teamed with Amanda Burt, Zeia Robinson and Jadyn Lewis in that effort. 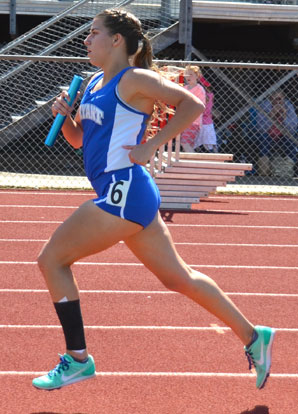 “Haley Hood capped off an outstanding high school career in grand style,” said Lady Hornets coach Danny Westbrook. “She really had to battle down the stretch in the 300-meter hurdles but after she lost the lead I think her competitiveness kicked in and she just willed herself to the victory.”

At the end of the race, Hood raised her arms in celebration.

Lewis, a junior, scored 21 points with outstanding performances in five events. Individually, she was second in the 200-meters with a 57.01 as she continued to duel with Paris Perkins of West Memphis, who won in 55.60.

“Jadyn Lewis had an awesome night,” Westbrook said. “Most athletes only pick one or two events to compete in at the Meet of Champs. She competed in all five events she qualified for and did well in all of them. She ran a PR in the 400. She will own our school record in that event next year for sure.”

Deborah Shaw, who started her season on the freshman track team, wound up making the Meet of Champs, which includes the top runners in the state from each of the seven classifications. And she turned in a 15.72 in the 100-meter hurdles to finish sixth. 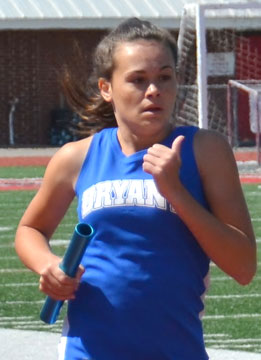 Unfortunately, the 4×100 relay was DQ’d for running out of the exchange zone. The quartet was Burt and Robinson along with Daelyn Young and Ty Foote.

“Our two seniors, Haley Hood and Hannah Shelby, ran in their last track meet,” noted Westbrook, who’s retiring after 35 yards and was coaching in his last one. “They both have had outstanding high school careers and are both moving on to the next level to run: Haley at Ole Miss and Hannah at ASU. They will be missed, but we wish them well in their college careers.”

Haley Hood, Lewis, and Bree Hood will be competing in the Heptathlon on Wednesday and Thursday at Cabot to close out the track season. 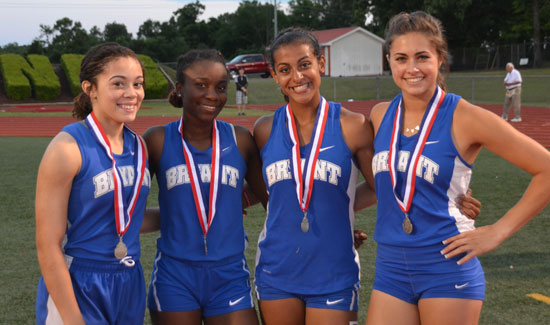 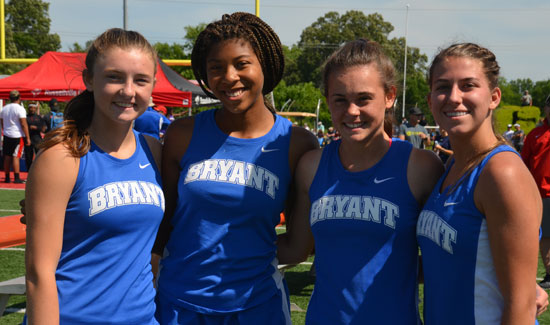