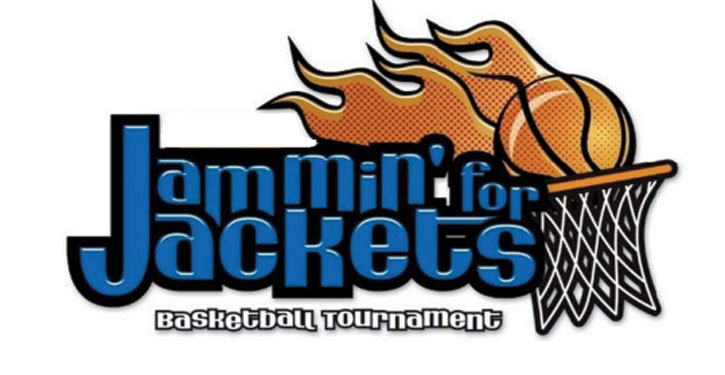 Hornets escape Episcopal to wrap up Jammin’ for Jackets work

LITTLE ROCK — The Bryant Hornets who play 10 guys regularly and the Episcopal Collegiate Wildcats of Little Rock who, barring foul trouble, play four guys every minute they can were both competing in their third game in as many days at the Jammin’ For Jackets Tournament at Hall High School Saturday afternoon.

Bryant head coach Mike Abrahamson felt like, even with the Wildcats’ starting talent, their minutes and that lack of depth might be catching up with them. So the strategy was to press them, keep fresh guys in the game, make them work for shots on defense in the half-court and, with 16-minute halves instead of quarters and a 35-second shot clock, you wear them down.

Though it didn’t quite go the way he’d hoped, Abrahamson’s team managed to forge a 69-59 win over the pesky Wildcats to improve to 6-1 on the season. As impressive as that is, the coach is after his veteran team to continue to get better, to stretch their perceived limits, to develop into an even greater threat to win a conference championship and a State title.

With just over two minutes left in the first half, the Hornets appeared to be on the verge of making the plan happen. They had just completed a 7-2 surge that had turned a 25-17 advantage into 32-19 bulge.

The Wildcats appeared to be on the run, dragging a little and showing some exasperation. One of their trio of talented guards, Khalen Robinson had already picked up three fouls and was on the bench.

The Hornets seemed to relax a bit and Episcopal’s other two guards, Treylon Payne and Kamron Brasfield, kept attacking the basket. On three straight possessions, the Wildcats earned free-throw shots and it not only cut into the Bryant lead, it revived them. They cut the lead to 5 before an offensive-rebound basket by Lowell Washington gave the Hornets a 34-27 edge at the half.

And it was a dogfight the rest of the game. With less than 10 minutes left in the game, Episcopal was within 5. The Hornets gradually extended the margin to 15 before the Wildcats trimmed it back to 8 with a shot to get closer in the final minute.

“First of all, Episcopal is pretty good, pretty skilled,” Abrahamson commented. “It was tough to put them away — because we kept fouling.

“We were really trying to push the pace the first half,” he acknowledged. “We settled for some shots offensively when we should’ve been attacking. Defensively, a lot of times, we would not step up and take a charge or we’d reach to try to take the ball and put them on the free-throw line. That allowed them to catch their breath.”

“I felt like they were on the verge of breaking in the first half and we couldn’t make it happen because we kept stopping the game with fouls, letting them catch their breath and letting them get opportunities for free points with the clock stopped,” Abrahamson reiterated. “There were just some not-very-smart things done. There’s good fouls and bad fouls. In first half, there were too many bad fouls.”

The strategy had to change in the second half.

“We had some guys in foul trouble and I didn’t feel like we could press because it could’ve gotten real bad for us if we got in worse foul trouble than we were in,” Abrahamson explained. “So we kind of had to adjust the plan there.

“I felt like they were just running into us,” he said, regarding the fouls. “We didn’t have very good help, the first line of help — they were driving past our first line of our defense. But we weren’t in position to take a charge so it was a foul on us. I’m not criticizing the officiating. I’m criticizing our defense. We weren’t in the position to do what we needed to do to stop that.

“It’s easier said than done,” the coach emphasized. “They’re really talented. They’re hard to guard. Give Episcopal credit. They made it very hard for us to pull away from them.

“Then, going down the stretch to win the game — with the shot clock, you can’t run your delay game. We tried to run that into another action. When we tried to get to the other action that really didn’t operate very smoothly. In addition, Robinson was hitting some amazing shots, pulling up off the dribble for 3 and hitting. It seemed like four or five of them. And that keeps them in the game. There’s not much you can do about that.”

Robinson had a trio of 3’s in the second half on his way to 21 points. Brasford finished with 15 and Payne 13.

Romen Martin led the Hornets with 21 points including four triples. Calvin Allen scored 14 points and Kaleb Turner had 13. Braylen Steen, despite some foul trouble, yanked down a game-high 9 rebounds as the Hornets beat the Wildcats on the boards, 44-22. Episcopal had just three offensive rebounds to 17 for the Hornets.

“Three games in three days on back to back weekends,” he noted, referring to the previous week’s tournament in Bentonville. “So we’ll take it and move on and get better.”

The Hornets’ next assignment is the rival Benton Panthers on the road in the annual Saline County Shootout this Tuesday.

Against Episcopal, Bryant opened the game with a 14-4 rush that included two of Martin’s 3’s and baskets from Allen, Turner and Steen.

Behind Robinson and a stickback by 6-6 post Gavin Hawkins, the lead was trimmed to 5 before Martin took a feed from Allen for his third trey at the 9:01 mark. A free throw by Marvin Moody made it 18-9.

Payne drove for a basket but Allen returned the favor then Robinson was called for a clear-out foul on offense, his third infraction. Two free throws by Rodney Lambert gave Bryant its largest lead to that point at 22-11.

Episcopal whittled and Bryant pushed the lead back up. The run that got the lead to 13 started with a free throw from Sam Chumley. Payne scored off an inbounds play at the 3:39 mark but then Turner tipped in the carom off Chumley’s 3-point try. Allen drove for a bucket then fed Turner for a layup to make it 32-19.

In the second half, the Wildcats were back within 36-32 when Martin drove for Bryant’s first basket two minutes in. He and Moody combined to force a turnover and Martin cashed in with his fourth 3-ball. When Allen followed his own miss at the 12:25 mark, Bryant led 43-32.

Robinson kept his team in it with a 3, sparking a rally that cut the margin to 45-40 before Martin kicked a pass out to Chumley for a 3 and Allen followed up with another drive.

Two free throws for Robinson had the Wildcats within 50-42 but Turner nailed a 3 from the corner and Chumley hit a short jumper to match the Hornets’ largest lead to that point at 13.

After the Wildcats took a timeout, they rallied once more, spurred by a three-point play from Brasfield. Chumley appeared to take a charge for the Hornets but was cited for the foul, sending Robinson to the line where he made one to get the lead back to 55-46.

The Hornets responded, however. On free throws by Allen and a follow shot by Steen, it was 59-46. Robinson pulled up and popped a triple but Martin countred with a three-point play. A free throw by Steen and a layup by Martin off an assist from Allen gave the Hornets their largest lead of the game, 65-50, with 3:29 left.

The Wildcats put together one last rally, which included 3’s by Brasfield and Robinson, but the Hornets held on aided by a basket from Washington and two final free throws from Turner.