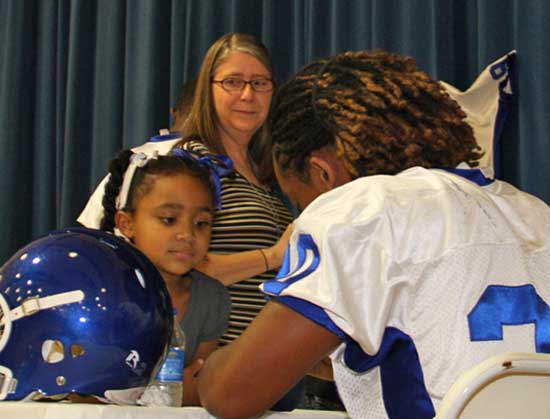 The first Bryant Hornets football Fan Fest was moved into the Bryant Middle School gym on Saturday due to[more] the heavy rains and threat for more on Saturday. Fans were able to visit with players, get autographs (like the little girl above with Hornets junior Jalen Bell) and get their picture taken with the players (like the future Hornet below). Vendors from area businesses set up booths with Hornet gear for fans to peruse and purchase as well. Hot dogs were provided by Cajun Eatery of Bryant. 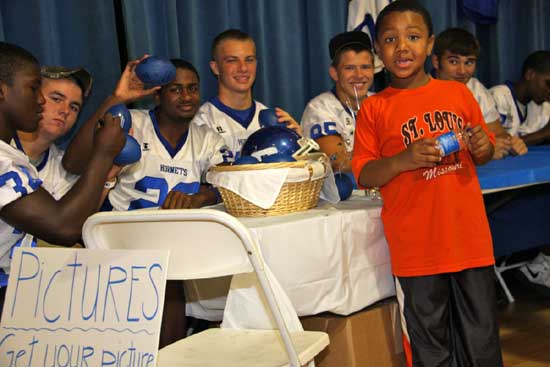 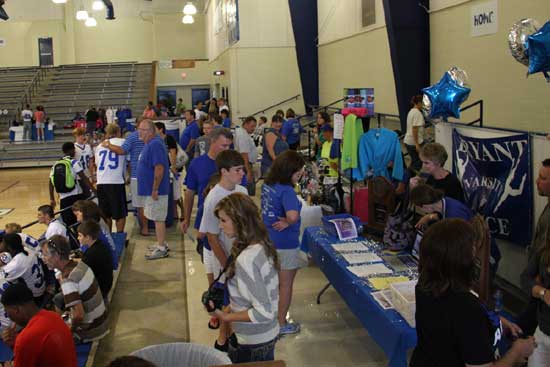 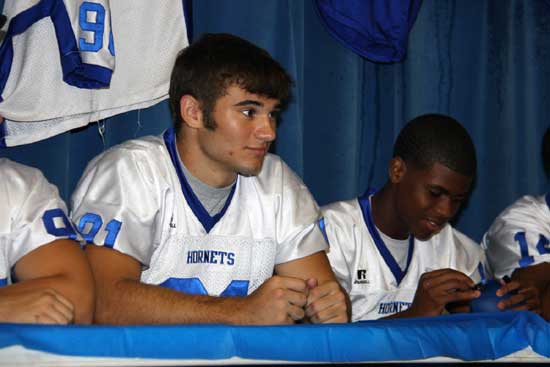