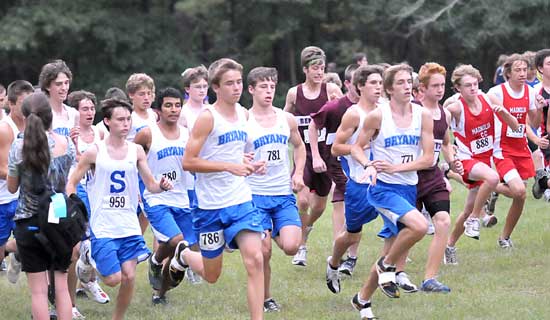 The Bryant Hornets opened up the 2010 cross country season with a fourth place finish at their lone home meet, The Hornet Invitational, on Tuesday at Mills Park. 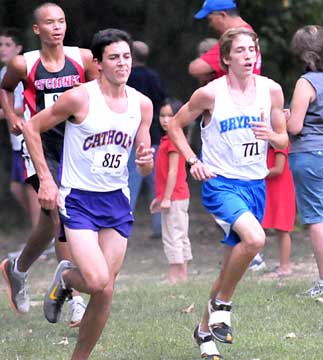 Meanwhile, the Bryant Junior Hornets turned in a strong third-place finish in their division. The Hornets scored 64 points to finish behind Catholic (46) and Dequeen (52). Nine full teams and 182 runners completed the two-mile race.

"Luke ran a very good race,” said Hornets coach Steve Oury. “Findlay is an exceptional talent who has very good sprint speed, and Luke pushed him all the way to the end.

“I was pleased with Rodrigo Rodarte's run,” he added. “He is going to keep improving. As a team, we finished about where I thought we would. Cabot has an outstanding team with very good depth. It's going to be hard for anyone to beat them this year."

"The junior boys ran a strong race,” Oury said. “We had several kids make huge improvements since the intrasquad meet. Purtle ran super, and Spencer Adami was the surprise of the meet. He cut 56 seconds off of his time from the intrasquad meet and earned a 12th place finish. I like this group's attitude and I look for them to keep getting better."

The full result should be on arkansasrunner.com this evening.

The Hornets run again on Saturday at the Conway Invitational being held at Lake Beaverford Park. 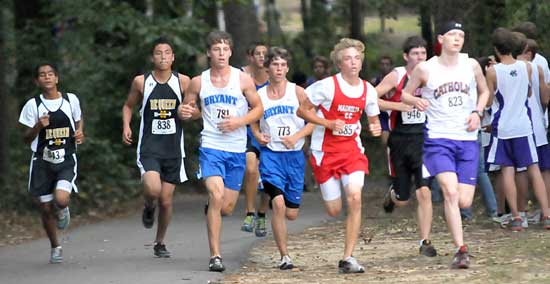