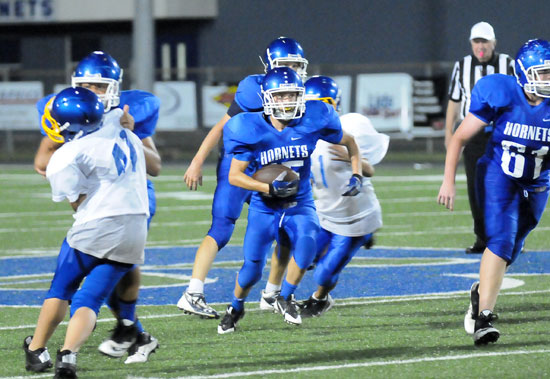 Adam Henderson rushed for 105 yards and a touchdown to lead the Bryant Hornets freshman B team to a 20-6 win over the Hot Springs Lakeside Junior Rams B team on Tuesday night at Bryant Stadium.

Quarterback Trey Ashmore added a TD on a quarterback sneak then ran in a two-point conversion.

Late in the game, Colin Welch added a clinching touchdown run and, with 35 seconds left, Jalen Hernandez made an interception to foil a Lakeside bid to cut into the lead.

The Junior Hornets B team is set to play again on Tuesday, Oct. 8, against Lake Hamilton. 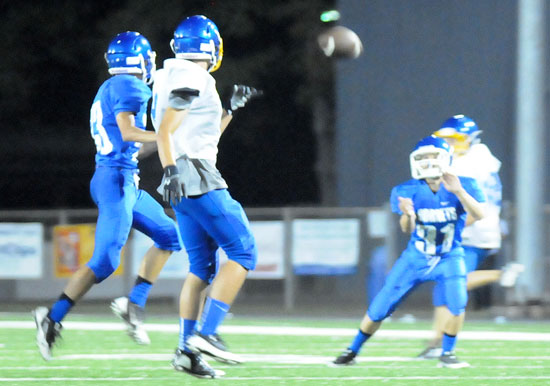 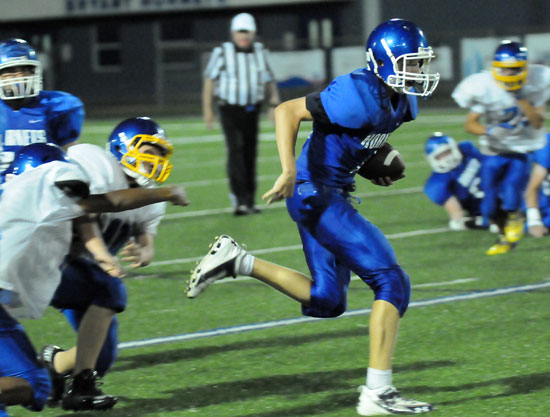 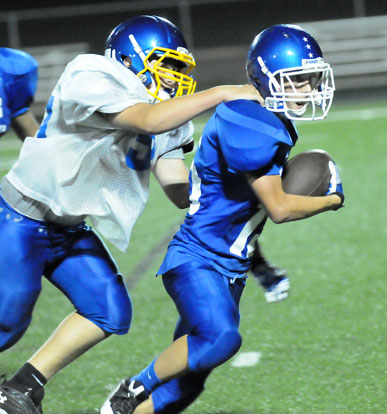 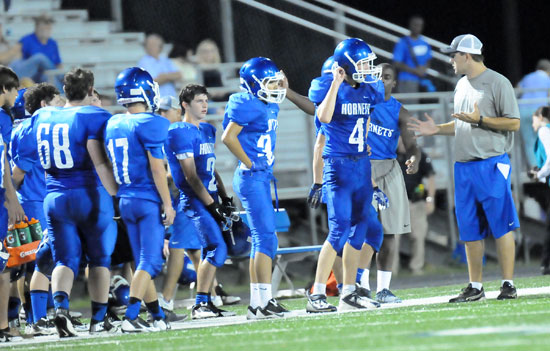