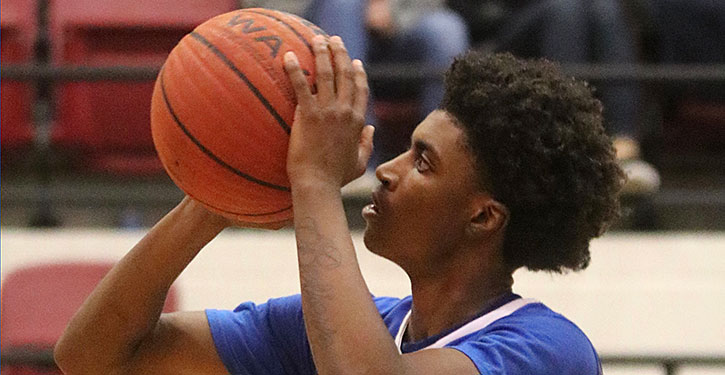 Hornets, Grizzlies tangle one more time for a State title

The goal for every Arkansas high school basketball team when it begins a season in November is to play in March at OZK Bank Arena in Hot Springs. Out of 87 boys’ teams, only 12 make it. And, in 2019, one of those teams in the Bryant Hornets.

At 24-4 on the season, with 21 wins in their last 22 games and 17 wins in a row, the Hornets entered the Class 6A State Tournament as the top seed. And, so far, they’ve lived up to that billing, capturing the program’s first conference title since 1989 and advancing past Cabot and Bentonville to get to the title game.

Today, they’ll play a conference rival, the Fort Smith Northside Grizzlies, for the championship. The Grizzlies were actually the 4 seed out of the Central Conference but made it to the title game for the third year in a row by knocking off host Bentonville West and the top-seeded team from the West, Fayetteville, and the 2 seed from the Central, Conway.

It’ll be the fourth time this season that the Hornets and the Griz do battle this season. Yet, even on Thursday, Bryant head coach Mike Abrahamson, who led two previous Hornets’ teams to the semifinals at State over the last eight years, was watching video of Northside.

“You try to be as prepared as you can, see if there’s just one thing you might catch here or there,” he explained. “If I get one little thing off each film or at least confirm what you’re already thinking and believing — but it’s also just out of respect for them. They’re really good.”

The Hornets have a 2-1 edge on Northside this season. They first played at Arkansas-Fort Smith’s Stubblefield Arena in the second round of the Coke Classic holiday tournament. The Hornets had a 43-34 lead in the fourth quarter and Northside’s star 6-10 center Jaylin Williams had fouled out. With less than two minutes remaining, Bryant still led 47-40 only to have the Griz rally and take a 48-47 lead with :08 left.

The Hornets rolled to their first Coke Classic championship but, in the process of beating Joe T. Robinson in the finale, Khalen Robinson was hurt.

As it turned out, the Hornets and the Grizzlies opened the 6A-Centra Conference season against each other in Bryant one week later. With Robinson still sidelined, the Hornets surged in the fourth quarter to take a lead before Northside answered and left the Hornets’ Nest with a 47-42 win. With Williams scoring 13 and guard Javion Releford adding 12 off the bench.

That was the last game the Hornets lost, the one setback in that remarkable 22-game stretch, a stretch that included a little payback. At Northside, one of the toughest places to play in the Central Conference, the Hornets earned a 46-30 victory on Feb. 1.

Camren Hunter led Bryant in that game with 15 points. Robinson has just 5. Williams finished with 12 but Releford had just 6.

Robinson has been on a roll. He scored 34, one off his career high, against Bentonville and, before scoring 14 in limited time against Cabot, had 31 win an overtime victory at Conway to end the regular season.

“I’d like to score a little more,” Abrahamson said, recalling that his team, which averages over 60 points per game, scored 50, 42 and 46 points in the games against Northside.

“I think everybody knows you’ve got to try to do the best job you can on Williams,” he noted. “I don’t think that’s a secret. There’s different ways of going about doing that.

Abrahamson said, though there was no way to make it routine, he and assistant John Harrison were trying to keep everything as normal as possible during the week of preparation for today’s game.

“I think the preparation and the practices and the shoot-arounds and everything — you keep it the same,” he acknowledged. “We treat every game the same. But there are things that go with this game that are different. We had a community pep rally (Wednesday) night. We had shoot-around (Thursday) at the arena. We had the first shoot-around time, so we got out there when it was empty, looked around.

“We talk all the time around just trying to keep it between the lines and not worry about that other stuff because it has no impact on the game and how we play,” said the coach. “I don’t know if it’s bothering them or not, or if it’s going to affect them or not. We’ll find out. I think, for us, we’re not changing how we prepare, how we practice, what we say. We say it all year, the same things. But you get out there and you just never know with teenagers.

“I just hope they don’t make it bigger than it is,” he affirmed. “When the ball tips up, it’s a basketball game, just like the other 28 we’ve had. The arena’s going to be bigger and there’s going to be a few more people there but, from the tip to the final buzzer, it’s the same rules. We’re just trying to keep that part consistent but also recognize the other stuff that goes with it and not ignore it because I feel like if you do too much trying to block that stuff out then it’s kind of the elephant in the room. So, we just address what’s there and handle it and move forward.”

Abrahamson acknowledged that he took a moment at Thursday’s shoot-around to encourage his team to savor the moment.

“I gathered them up and I told them that I wanted them to enjoy it,” he related. “I said, ‘We’re going to have practice later today. Enjoy this moment.’ We always talk about we want to make what we do fun. But the way we make it fun is they’ve got to have a great attitude and they’ve got to give great effort, they’ve got to be coachable, they’ve got to play hard. We’re going to make mistakes. We know that. But it can be fun if we do those first two things.

“And, by and large, they’ve done it all year long,” the coach asserted. “But, yes, I wanted them to enjoy the experience.”