Hornets have a milestone on the line this week (updated stats) 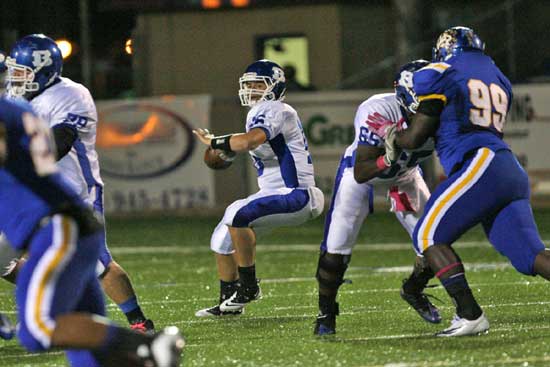 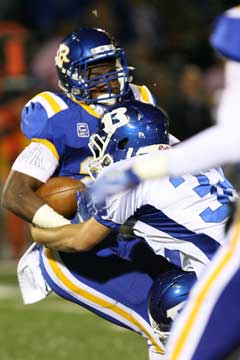 The 35-0 loss to the North Little Rock Charging Wildcats last Friday not withstanding, the Bryant Hornets can still do something no previous BHS team has done:

A victory over the resurgent Little Rock Central Tigers on Senior Night this Thursday at Bryant Stadium would secure at least a share of another league title. It would be the fourth in the last eight seasons for Bryant and the second in row.

It would be a grand farewell to the Central Conference as Bryant returns to the South next year.

“Considering we’ve never done it in school history, never won back-to-back conference championship,” agreed Hornets head coach Paul Calley. “And to win one with really four (starters) coming back from last year’s team is something to be said.”

Indeed, with about the same returning experience

“I told the guys after the game (Friday) too that I don’t think we’ve lost back-to-back games since 2006,” he added.

That’s when the Hornets lost the last game of the regular season to Central then lost to Fayetteville in the first round of the playoffs. 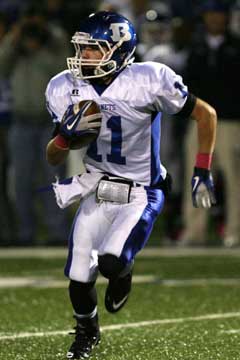 “So we usually rebound pretty well from a loss,” Calley commented. “I expect that.”

And the fact is, even with the inexperience on the team, Hornets expect to win. Other programs with as little experience have had losing seasons but the Hornets are 7-2, headed to the playoffs and playing for a share of the league title this week.

“Tradition has something to do with it,” Calley explained. “You know our kids were really upset during the game Friday night because they’re not used to that. Tradition plays a part in it and I think the coaches going the extra mile and I think the players commit themselves, working to get better, has a lot to do with it.

“And when you have some speed at the skill positions and you can make plays, it gives you chance to be successful,” he continued. “And throwing the ball has a lot to do with it. We didn’t throw it well the other night. We didn’t put ourselves in position to throw it well. We didn’t protect well. There’s a lot of things we didn’t do well but we’re still not a bad passing team and that’s going to give us a chance.”

Playing on Thursday cuts into prep time this week. 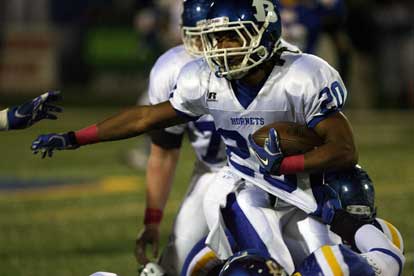 “It makes it difficult,” Calley said. “But, luckily, we’ll be able to do what we’ve been doing the whole year. We won’t have to change a lot. We just have to prepare for another big, strong, fast defensive line.”

“They’re a very good football team,” Calley said, regarding the Charging Wildcats. “I talked to the coaches after the game and they said they hadn’t played that well all year. We didn’t do a lot to help ourselves but I’m not sure the outcome — the deficit may have been less if we’d have played a little better but it’s still a loss, regardless.

“Honestly, for me, I’d rather lose like that for the psychological advantage and the health advantage,” the coach said of the lopsided score, comparing it to the devastating effects of a narrow, heartbreaking defeat. 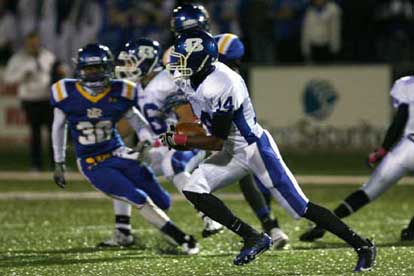 “We had some guys banged up,” he noted. “We don’t talk a bunch about that and people don’t know. We had some guys that were hurting and I think it’ll give them a better opportunity to get well.”

Not that the North Little Rock game is completely forgotten. In fact, lessons were learned.

“I think us having gotten the experience that we got against something like that Friday night is going to help us,” Calley said. “You never want to get beat like that but it did enable us to get out of there relatively healthy and, coming into the short week, I think it’s going to make a big difference in our performance on Thursday.”