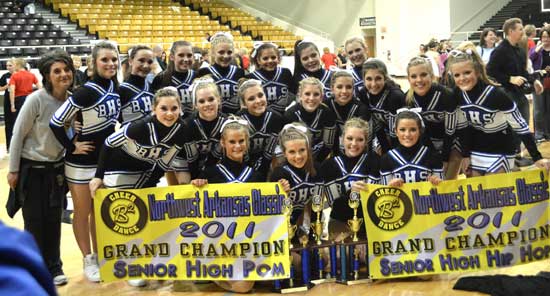 The Bryant High School Varsity Dance team competed Saturday,[more] Oct. 29, in the Northwest Arkansas Classic Dance competition held in Bentonville. The team placed first in Pom, first in Hip Hop, second in Jazz and won the Grand Champion Award in Pom and Grand Champion Award in Hip Hop. The girls will be competing at the State Competition to be held in Cabot on Nov. 12.

Senior Profile 2011: Jahaira Juarez
Hornets have a milestone on the line this week (updated stats)