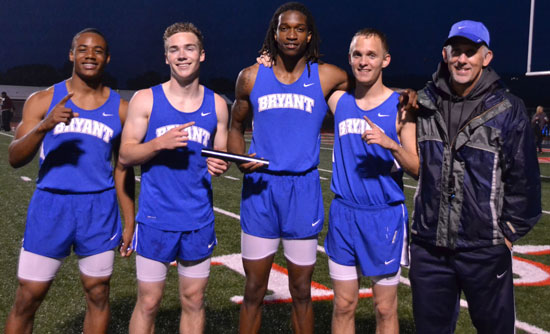 Hornets make 400 their own at Meet of Champs 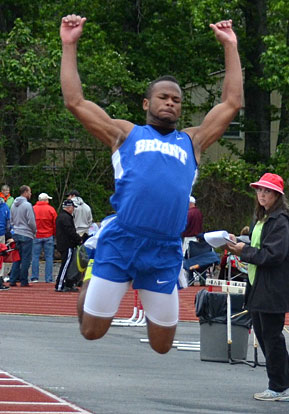 HEBER SPRINGS — The old quarter mile was golden for the Bryant Hornets Saturday as they closed out the 2014 season at the 57th annual Meet of Champs at Heber Springs High School.

The Hornets 4×400-meter relay team of Austin Vail, Steven Murdock, Darian Jarrett and John Winn smashed its own school record with a 3:19.40, winning the final event of the meet.

Not only that but, in the 400-meter run, three of those Hornets scored with Winn capturing the individual championship in 49.91. Murdock was second at 50.22 and Jarrett finished fourth in 50.60.

In addition, the 4×800-meter relay team of Devon Davis, Charlie Terry, Clifton Hampton, and Mark Winn placed second in a season-best time of 8:09.88. Also, Mar’Kevius Nelson earned a sixth place finish in the triple jump with a 43′ 5.5″ effort.

“This was a great way for the season to end,” stated Hornets coach Steve Oury. “I wish we could have had a few more guys qualify, but the ones who did made the most of it. The 4×800 relay team took 11 seconds off of their season best, which is just phenomenal.

“Our 400-meter dash guys were dominant,” he asserted. “It’s not often that the same school has three of the top four finshers in an individual event. Then to come back and get the job done in the 4×400 relay in a cold rain was just awesome.

“I’m especially proud of our seniors who competed,” the coach concluded. “Clifton Hampton, Darian Jarrett, and Austin Vail have all done great things in their time as Bryant Hornets and I wish them the best in the future. They will be missed, along with the other seniors who were not competing. They have all helped make this a special track season.” 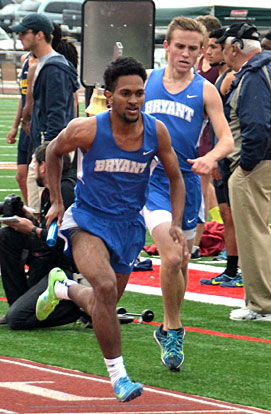