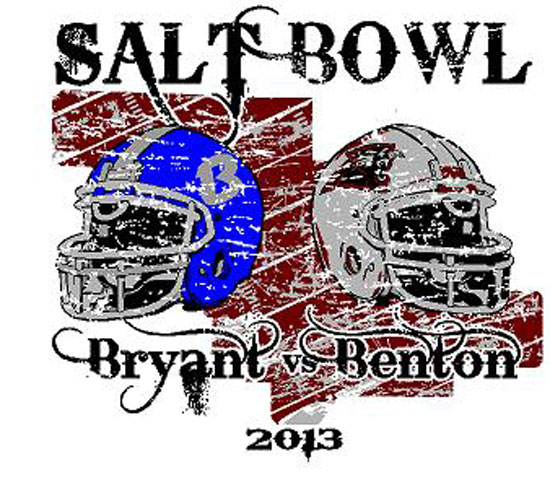 Sometimes, even the best of us, have to learn lessons the hard way. The key is in how we respond. Do you take the lesson to heart? Do you use the hardship to make you stronger, better?All of that’s easy enough to say, of course. And sometimes it’s easier to bounce back as a better team than other times.

So the Bryant Hornets went into last Friday’s home opener off a 28-14 win over Little Rock Central that wasn’t really that close most of the way. Central had opened the season with a 38-14 thumping of the Little Rock Catholic Rockets and here, in week three, the Rockets were in Bryant.

The lesson? You can’t compare scores. You can’t take a team lightly, especially one that’s desperately seeking its first win.

The Hornets went up 19-10 just before the half but never scored again as the Rockets rallied for a 37-19 win.

But chances are there won’t be any lack of focus this week. It’s Salt Bowl week.

The Hornets and their Saline County rivals, the Benton Panthers will duel at War Memorial Stadium tonight with around 25,000 fans on hand.

“We were frustrated,” acknowledged Bryant defensive coordinator Steve Griffith, regarding the loss to Catholic. “I felt like we had great effort against Central and great effort even in a loss at Conway. We could’ve played harder (against Catholic). We missed quite a number of assignments with mental mistakes.

“Those are the things that frustrate you as a coach and it frustrates the kids,” he added. “Hopefully, we’ve got our focus back this week and we will come out and eliminate those mistakes and physically play a lot harder.”

Added Hornets offensive coordinator Lance Parker, “We turned on the film and we were a foot away here or a foot away there. It was the difference between breaking one and getting stuffed in the hole. (The Rockets) had one way that they could get in and they were fully committed to that way and if we would’ve got a little push here or a little push there, those no gains would’ve been 40-yard gains.

“It was just one of those things,” he added. “I think it was a good learning tape for our guys, that when you think you’re taking a play off or not going quite as hard, it’s a foot that matters. It was a foot all night, the difference in long runs and no gains.

Griffith’s defense now faces a Benton offense that has piled up 116 points in three games including 64 last week in a 15-point win at Greenbrier. The previous week, they outscored Jacksonville 31-21.

“They’ve put up some really big numbers,” Griffith concurred. “They’ve been clicking with their spread offense. It all starts with (quarterback Tarek) Beaugard. He does a great job of running the option portion of it. They do what we call power read where he’s making a read, giving the sweep action and he’s got the option of pulling the ball if you over-pursue the sweep. He’s really, really improved in the passing game. He’s been throwing both the short ball and the deep ball well, putting the ball on the money. He’s a guy you really have to account for.

“They’ve done a great job of executing their offense,” he continued. “They’ve been impressive. Jacksonville was putting pressure on them so they came back running their trap game, their counter game where it would slow down some of the pressure they got.

“I think, after the first week — and they put some points up on (still undefeated) Arkadelphia — they have kind of found their groove offensively,” the coach concluded. “Hopefully, we’ll be able to get in there and kind of derail some things a little bit and get them slowed down and give our offense a chance to put some points up.”

The Hornets’ offense has scored 54 points in three games but Benton’s defense has allowed 126. Parker’s not counting on the Panthers being as generous this week.

“They like to get really, really downhill on everything and it can create some problems for us schematically,” he related. “Our main thing is just making sure we have a feel for what they’re trying to do and we’ve got to get those down linemen blocked because their whole goal is to get penetration and spill everything to outside people so they can tackle. If we stop their penetration then that kind of stops their schemes. That’s going to be the key to everything, running the ball.”

Parker is someone who has experienced the Salt Bowl both as a player and a coach. So he has a unique perspective to pass along to the Hornets.

“What I tell them is, it’s a game of emotions; but sooner or later, it’s going to come down to a football game,” he explained. “There’s all the hype. You walk out and you see all the people. You feel the people for a little bit then, after a while, it just becomes about playing a football game.

“Rivalry games, there’s just so much emotion that people who aren’t maybe as good in certain games, just play off their emotions and they get a lot better,” he mentioned. “But, also, to go along with that, more mistakes happen a lot of times because everybody’s so amped up.

“The main thing is just focusing on what you’re supposed to do, not getting too caught up in the moment, doing your job, making sure you understand your assignment. And that you go full speed.”

Griffith added, “These kids have grown up playing baseball in the summer, little league football with a lot of the guys over there so they have their own personal rivalries. A lot of the kids are back-and-forth, go to church — all kinds of activities with the kids in Benton. So it’s a pride situation for them. They want to continue the tradition that we’ve had over the last few years of being able to go to Benton and wear our blue stuff.”

The Hornets have done that seven years in a row now and 13 of the last 14 in the 39-year rivalry. At 2-1 on the season with both wins coming consecutively, the Panthers have reason to believe they can end that run. The key will be how Bryant responds, both to last week’s disappointment and any early success Benton may have.

A year ago, the Panthers scored the first 14 points only to have the Hornets reel off 48 before Benton could find the end zone again. Bryant won in convincing fashion, 55-21. No doubt, a similar response would be welcome to the Hornets, their fans and coaches.