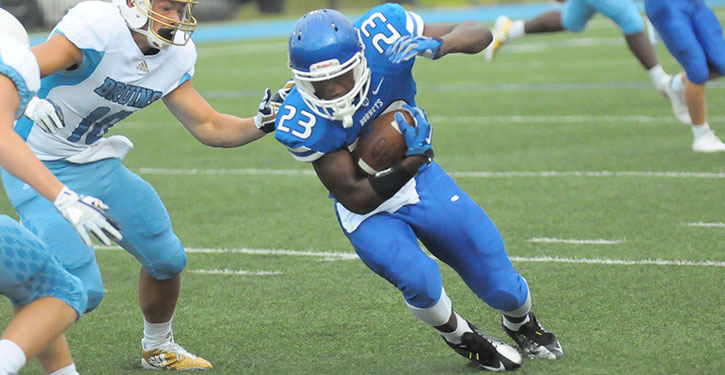 The Bryant Hornets will taste their first bit of full-tilt competition tonight when they travel to Pulaski Academy in Little Rock for a pre-season benefit scrimmage against the Bruins starting at 6.

“Our approach is always the same,” said Hornets coach Buck James. “Every year, regardless of who we’re playing or what our expectations are for the season, we’re looking to improve.

“We’ve playing this game, really about two weeks earlier than we played it last year,” he mentioned.

The move of the season-opening Salt Bowl against Benton to “zero week” on Saturday, Aug. 25, necessitated that.

“Really, we’re almost playing the Salt Bowl about the time we were scrimmaging last year,” James noted. “So, we’re in the process of trying to get all our ducks in a row, establishing our offense and defensive game plans and schemes and trying to get all that together. Normally, I would feel a little bit better about going into any scrimmage with what we’ve got back.”

It’ll be the third year in a row that Bryant and PA have scrimmaged.

“We’re not a system, per se,” he related. “We go off of what our kids can do each year. (Pulaski Academy head coach Kevin) Kelly has a different plan and philosophy than we do. It’s easier for him to be ready week one or week two than it is for teams that try to take what the kids have and do what they do well.

“I hope to get where he’s at,” the coach said. “That’s what our plan is. We should be better at it than what we have been in the past. But, still, we have to have the same plan. That’s the only way I know how to do it; to give our kids the chance to be successful in our conference play, in our pre-season and the playoffs, is to go by our plan.”

Looking ahead to the season opener, James said, “This give us nine days to get ourselves ready to play Benton; to give us a chance to fix what we’re not good at and to improve off of what we think we can do well.

“That’s what we’ve got to go into this, like any scrimmage anytime, whether it was our Blue-White game, our scrimmage last Saturday or whatever. I think it’s all the same. There’s a plan and a process. It gives us the chance to put the best team we can on the field.

“Historically, we’ve never been great scrimmage players because we hadn’t put the emphasis on that,” he noted. “We put emphasis on taking some of our weaknesses and trying to make them our strengths. We haven’t made a plan yet of what we’re going to do but we’ve discussed what we want to get accomplished out of it.”

Kelly and the Bruins never punt during the season and James doesn’t expect them to tonight. He said the Hornets probably won’t put either. 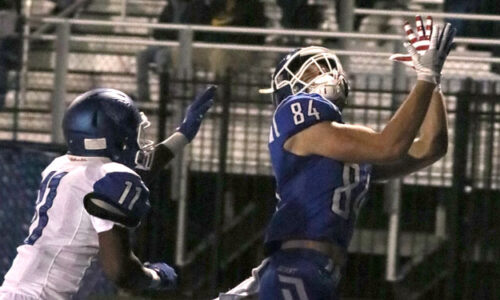